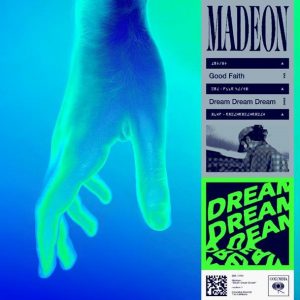 Artist / producer Madeon has released new track “Dream Dream Dream” today via Columbia Records – listen HERE. The song, which features lead vocals by Madeon along with a full choir, is the second offering from Good Faith, the new era of Madeon. “Dream Dream Dream” follows lead single “All My Friends,” which was praised by Billboard as “an unabashedly pop sing-along with…shimmery, summery sonics” as well as Complex, who noted that the track “brings those Random Access Memories-era Daft Punk feelings.” Madeon wrote and produced both songs entirely himself.

Speaking about the new track, Madeon says, “This song ‘Dream Dream Dream’ is very important to me. It’s about celebrating the joy you’ve earned. That moment after dark times when you find yourself invested in your life again. It’s gonna be the opening song of my project Good Faith – enjoy!”

Madeon introduced “Dream Dream Dream” to the world during his brand new Good Faith Radio show, which premiered today on Beats 1 on Apple Music. Good Faith Radio is a journey into Madeon’s mind, taking fans through his inspirations, musical tastes, and holding in-depth discussions with his closest peers. Madeon also spins unheard edits of his own songs and classics from the last several decades in a voyage that goes far beyond music. Visit HERE for more information.

In support of the new music, Madeon will bring his all new live show on a headline tour this fall. Following his performance at Lollapalooza, the Good Faith Live tour will make stops in major markets across North America after dates in London, Amsterdam and Paris. Shows in Brooklyn, Los Angeles, Seattle, Toronto and Washington DC have already sold out, with second shows added in Brooklyn and Los Angeles due to the overwhelming demand. Tickets are on sale now; please visit HERE for additional information.

Good Faith, the new era of Madeon, follows his debut album Adventure and his massive collaborative project with Porter Robinson, “Shelter.” Adventure was released in 2015 to critical praise from press including Pitchfork, who noted that “on the path to what feels like something huge, Madeon’s journey is just beginning” and The Fader, who described it as “expansive, impossibly beautiful…one of the most radiant pop albums in recent memory,” Adventure was also featured on various “Best of 2015” lists including Complex, who pronounced it “an audio journey that can best be described as rapturous.” 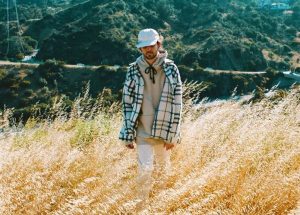