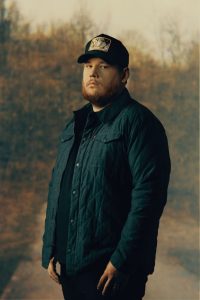 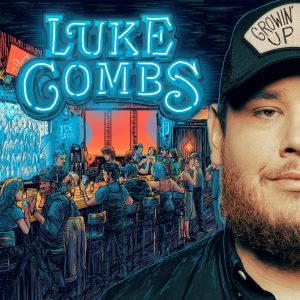 Reflecting on the album, Combs shares, “I’ve been working on this album on and off for two and a half years now. It was sort of a crazy process through what COVID brought, and what that meant for our touring life last year. It made me have to put a pause on this album for a second, but I’m just really stoked that it’s finally coming out. Working with Chip Matthews and Jonathan Singleton as a producer has been really great and I think that the fans are going to love these songs. I’m just excited to get them out and see what they think.”

Produced by Combs, Chip Matthews and Jonathan Singleton, Growin’ Up is Combs’ third studio album following 2019’s 3x Platinum What You See is What You Get and his 4x Platinum debut, This One’s For You. The new record consists of twelve songs including Combs’ current single, “Doin’ This,” which is currently Top 5 at country radio and rising. Full track list details to be announced soon.

A personal reflection on his own life and career, “Doin’ This” continues to receive widespread acclaim following its release last fall, with Billboard praising, “the North Carolina native with the full-throttle voice and arsenal of hits has become an unstoppable force,” while Music Row declares, “His heart is so huge, and there are few in the format who are as completely relatable…A masterpiece.” Listen to the song HERE and watch/share the official music video HERE

“Doin’ This” continues to a triumphant run at country radio for Combs, who once again made history as his previous single, “Cold As You,” reached #1 on the Billboard Country Airplay and Mediabase/ Country Aircheck charts. This is the seventh #1 from Combs’ deluxe album, What You See Ain’t Always What You Get—breaking the record for most #1 singles to come from the same album—as well as his twelfth-consecutive #1 single overall, another historic feat.

Combs continues to achieve historic touring success with upcoming sold-out stadium shows at Denver’s Empower Field at Mile High and Atlanta’s Mercedes-Benz Stadium (ranking among the fastest sell-outs in each venue’s history) as well as a stop at Seattle’s Lumen Field, which also achieved a massive opening weekend and is nearly sold-out. Altogether, Combs sold over 115,000 tickets in one day alone. Combs will also headline several major festivals this year including Stagecoach, New Orleans JazzFest and BottleRock. See below for complete tour itinerary.

A member of the Grand Ole Opry and a 6x CMA, 3x ACM, 3x Billboard Music Award-winner, Combs is in the midst of a record-setting and historic series of years. His previous release, What You See Ain’t Always What You Get, debuted at #1 on the all-genre Billboard 200 chart as well as Billboard’s Top Country Albums chart. With the record Combs reached #1 on Rolling Stone’s Top 200 Albums chart, Top 100 Songs chart and Artists 500 chart—the first country artist ever to lead all three charts in the same week and first to top the Artists 500. He also made history as the first artist ever to have their first two studio albums spend 25 weeks or more at #1 on Billboard’s Top Country Albums chart—breaking Taylor Swift’s previously held record at 24 weeks.

May 21—Denver, CO—Empower Field at Mile High (SOLD OUT)