for BREAKTHROUGH VIDEO OF THE YEAR 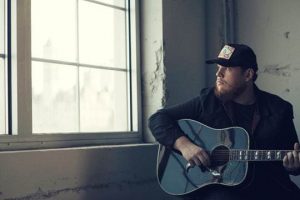 Nashville, Tenn. – River House Artists/Columbia Nashville singer/songwriter Luke Combs’ GOLD-certified smash debut single “Hurricane” stormed into the No. 1 spot at Country radio today in a record-breaking 24 weeks on the Mediabase chart and 30 weeks on the Billboard Country Charts rendering Combs the fastest debut artist to No. 1 at Country radio since 2015.  “Hurricane” jumped to No. 3 at Canadian Country radio from the number 14 position last week. Achieving more than 58 million streams, “Hurricane” marks the first single off the 27 year-old Asheville, North Carolina native’s debut album This One’s For You releasing on June 2 which has been dubbed “one of the year’s most anticipated albums” by Rolling Stone Country. While in Key West performing as a part of BMI’s Songwriters Festival this weekend, Combs received the No. 1 news. “It’s surreal to celebrate my first No. 1 down here at the BMI Songwriter’s Festival surrounded by my very own songwriting heroes and friends. Much like the stories of many artists before me, I gambled it all in the name of these songs – dropping out of college to write, playing those songs in three-hour acoustic sets at an empty bar to some rowdy club nights filled with fans and then moving to Nashville to be a part of this incredible songwriting community,” shares Combs. “Songs carried me here and today is a wild dream come true. To my friends at country radio, thank you for believing and spinning. To the fans, you loved ‘Hurricane’ first and most – this one’s for ya’ll.” As a CMT Listen Up Artist, Combs’ No. 1 chart-topper comes on the heels of his 2017 CMT Award nomination for BREAKTHROUGH VIDEO OF THE YEAR for the “Hurricane” music video which first premiered on CMT.  The storm of “Hurricane” proved to be a multi-faceted force when the official music video crossed more than 25 million views on VEVO last week, making it the No. 7 most-viewed country song of 2017 in the US. Combs crafted This One’s For You from the mountains of his home state of North Carolina, bringing the songs alive on the road with fans and back in the writer’s rooms of Nashville – creating twelve-tracks that are the culmination of his musicianship and career groundswell the last five years. This One’s For You is available now for pre-order; fans instantly receive five tracks early: “Hurricane,” “Out There,” “Memories Are Made Of,” “Beer Can,” and title track “This One’s For You.” On Friday May 19, fans will receive previously unreleased smoky, groove track “One Number Away.” Continuing to take his songs to fans, Combs joins line-ups for CMA Music Fest, Bonnaroo Music & Arts Festival and Brantley Gilbert on The Devil Don’t Sleep Tour through September. For more on Luke Combs visit, LukeCombs.com.