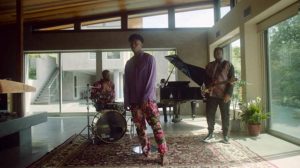 “Lucky Daye Doesn’t Want to Fit In…[he] makes music full of live funk, strings and brass…’Roll Some Mo’ a slippery, string-slathered funk number…was promptly placed in a pair of million-plus-follower playlists on Spotify…The most energetic moment on I is ‘Late Night,’ a stepping-ready dance-floor number full of falsetto and muscular bass.” –ROLLING STONE

“…the beginning of some very special R&B music…[that] positions the New Orleans singer far ahead of his competition in the genre. Daye’s forlorn vocal manipulation has drawn comparison to Frank Ocean, but his versatility and strategic fusions of funk and jazz on I nod to how he might set himself apart come 2019.” – NPR

” [I is] a collection of five buttery-smooth R&B tracks from his forthcoming debut album Painted…[The ‘Roll Some Mo’ visual is] filled with vibrant colors, smoke haze, lush greenery, and featuring Daye’s intoxicating vocals, the video makes a convincing argument to put aside your worries, and roll another one.” –

[June 18, 2019 – New York, NY] Lucky Daye is on a roll and it’s looking like things are only just beginning for the New Orleans-born singer songwriter. After the May release of his debut album Painted(Keep Cool / RCA Records), an opening tour slot with Ella Mai in February, sold out headlining shows in LA, NYC, and London and over 45 million streams worldwide to date, today Lucky shares the official video for “Real Games” in anticipation of the next chapter of incredible moments to come for genre-defying superstar.

The video, directed by child. & DEM, finds Lucky in a familiar setting – beautiful house, beautiful love interest, beautiful surroundings and backed by his stellar band – Lucky shines in colorful fashion, from different vantage points in the house, moving between candid low-fi moments with his band, a narrative arc centered around romance and a true performance capture of his unique blend of sounds, throwing back to his New Orleans upbringing. It’s easy to see why NPR touted him as one of the “Ten Kings of R&B for 2018.”

Lucky early on in life discovered his love of music and natural gift for singing and songwriting in the musical melting pot that is New Orleans, where he was born. The devastation of Hurricane Katrina displaced his family and they ended up moving to the small town of  Tyler, TX. Ultimately Lucky knew he wanted to pursue music so he moved to Atlanta for a brief stint and ultimately ended up in Los Angeles to pursue his dream. His undeniable talent as a vocalist took shape and landed at him at his label home, Keep Cool, in partnership with RCA Records. In late 2018, he released the explosive hit “Roll Some Mo”, which has now has over 25 million streams worldwide. Lucky went on to release two EPS, I and II, leading into his May 2019 debut album which has already received critical nods from Rolling Stone, Complex, NPR, Essence, Hypebeast, Noisey, Billboard, Pigeons & Planes, The FADER and more.

Lucky’s live show continues to gain new fans for the multi-talented singer-songwriter. His recent appearance on NPR’s Tiny Desk was notable, packing the small stage with a full 10-piece band and extended horn section, yet still allowing his incredible voice to cut through. Fans, peers and critics will have a chance to hear Lucky Daye again, as he will be one of the televised performers on this weekend’s BET Awards. Additionally, Lucky will play the Novo Theater in Los Angeles, this Thursday June 20th before heading back to his hometown of New Orleans to play at the 25th Anniversary Essence Festival.

More on Lucky and additional live dates to come – watch socials below for upcoming news! 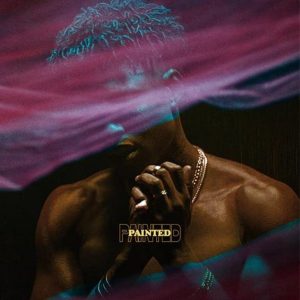 Love You Too Much 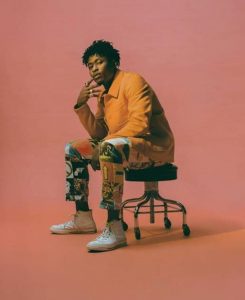