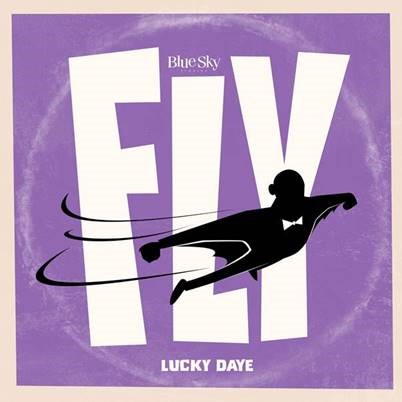 (New York- December 2, 2019) –Today, “Fly” by GRAMMY® nominated artist, Lucky Daye was released as the second track from Mark Ronson Presents the Music of “Spies in Disguise.”  A lyric video was also released alongside the track. Watch it HERE!

The Spies in Disguise Soundtrack, which will be available via Zelig Records/RCA Records on December 13th, will feature original songs from Mark Ronson, Anderson .Paak, Lil Jon, and more!

Early on in life, Lucky Daye discovered his love of music and natural gift for singing and songwriting in the musical melting pot that is New Orleans, where he was born. The devastation of Hurricane Katrina displaced his family and they ended up moving to the small town of Tyler, TX. Ultimately Lucky knew he wanted to pursue music so he moved to Atlanta for a brief stint and eventually ventured to Los Angeles to pursue his dream. After meeting D’Mile and working with him on what would become his debut album Painted, Lucky fully realized his voice and potential. His undeniable talent as a vocalist took shape and landed at him at his label home, Keep Cool, in partnership with RCA Records. In late 2018, he released the explosive hit “Roll Some Mo”, which has now has nearly 45 million streams worldwide. Lucky went on to release his debut album Painted in May 2019, which received critical nods from Rolling Stone, Complex, NPR, Essence, Hypebeast, Noisey, Billboard, The FADER and has been streamed over 80 million times worldwide. Most recently he earned his first ever GRAMMY nominations with four in total across all R&B categories with “Roll Some Mo” receiving nods in R&B Song and R&B Performance, “Real Games” in Traditional R&B Performance and Painted nominated in R&B Album. He was also nominated earlier this month for Best New Artist at the Soul Train Awards.

Lucky’s live show continues to gain new fans for the multi-talented singer-songwriter. His recent appearance on NPR’s Tiny Desk was notable, packing the small stage with a full 10-piece band and extended horn section, yet still allowing his incredible voice to cut through. He also recently joined Raphael Saadiq for his performance at the Tiny Desk Fan Festival. Fans, peers and critics also saw Lucky perform at the 2019 BET Awards on the Music Matters stage where he delivered an electrifying performance of “Roll Some Mo” before he headed to his hometown of New Orleans to play at the 25th Anniversary Essence Festival. Additionally he has played other festivals including Something in The Water, Afropunk Atlanta and Lights On Festival. Lucky wrapped his first North American headlining tour last month and is currently on the road with Khalid for his New Zealand and Australia dates.

Twentieth Century Fox presents a Blue Sky Studios production, “Spies in Disguise,” an animated spy comedy adventure set in the slick, high-octane, globe-trotting world of international espionage. Super spy Lance Sterling (Will Smith) and scientist Walter Beckett (Tom Holland) are almost exact opposites. Lance is smooth, suave and debonair. Walter is…not. But when events take an unexpected turn, this unlikely duo is forced to team up for the ultimate mission that will require an almost impossible disguise – transforming Lance into the brave, fierce, majestic…pigeon. Walter and Lance suddenly have to work as a team, or the whole world is in peril. “Spies in Disguise” is directed by Troy Quane and Nick Bruno from a screenplay by Brad Copeland and Lloyd Taylor and a screen story by Cindy Davis inspired by the animated short film “Pigeon Impossible” by Lucas Martell. The film stars Will Smith, Tom Holland, Rashida Jones, Ben Mendelsohn, Reba McEntire, Rachel Brosnahan, Karen Gillan, DJ Khaled and Masi Oka. “Spies in Disguise” is produced by Peter Chernin, Jenno Topping and Michael J. Travers, p.g.a., with Chris Wedge and Kori Adelson serving as executive producers.

Pre-Order/Pre-Save Mark Ronson Presents the Music of “Spies in Disguise”: