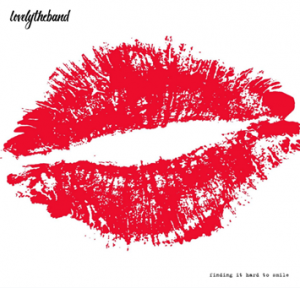 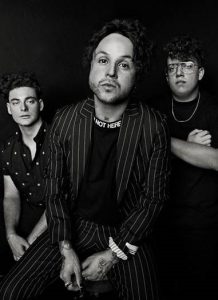 (New York, NY – January 15, 2019) – Alt-pop band lovelytheband announces today their upcoming 26-date headlining ‘finding it hard to smile’ spring tour starting March 26 and ending June 21 via RED MUSIC. The tour will hit major cities in the U.S. and Canada such as New York, Los Angeles, Chicago, Toronto, Vancouver and more. During these shows, lovelytheband will perform music off of their debut album finding it hard to smile, including their hit singles “broken,” “these are my friends” and their new single “maybe, i’m afraid,” which officially impacted on Alternative radio this week. The tour will include opening performances from Flora Cash and Jagwar Twin. The band’s top fans on Spotify will have access to a ticket presale on the platform tomorrow, January 16 and tickets will go on sale to the public on Friday, January 18 at 10:00 am local time here. More dates to be announced.

The band skyrocketed in 2018, soaring to new levels as a brand new group. “broken,” the debut hit single from lovelytheband, reached #1 on the U.S. Adult Top 40 radio chart and is currently still on the chart at #6 and is #12 on the Top 40 Radio chart. In Canada, “broken” reached #1 at Alternative radio and stayed for 9 consecutive weeks, hit #1 at Hot A/C, and currently sits at #3 AC, #7 Top 40 (Mediabase Canada). The track, which is the first single off the band’s debut album finding it hard to smile, amassed 1.8 billion in total in audience at radio (195 Million in Canada). After being the first to break the U.S. record in 2018 for the longest running #1 track on Alternative Radio at 6 weeks, the single has been on the Alternative radio charts for over a year, and has spent 6 months on the Adult Top 40 chart. The song has been in the U.S. top 10 for 60 weeks, currently at #9 on the chart. It has over 173 million streams worldwide. The band is starting 2019 with a kicking force, being nominated for three iHeart Radio Music Awards in the Alternative Rock Song of the Year, Alternative Rock Artist of the Year and Best New Rock/Alternative Rock Artist categories.

The band performed “broken” on Live with Kelly and Ryan and performed the hit single as well as their new track “maybe, i’m afraid” in Times Square on New Year’s Eve, which aired on FOX and Time Square’s live stream to an audience of over 2 million people. “maybe, i’m afraid” has over 3 million streams worldwide and is featured on Spotify’s New Alt Playlist and Apple Music’s A-List Alternative playlist. “broken” was described simply as “So. Damn. Good.” by Buzzfeed and “infectious” by Billboard. Their single “these are my friends,” has over 14 million streams worldwide and is #10 on Alternative radio. The band was named one of Billboard’s “10 Rock & Alternative Artists to Watch in 2018” and Forbes stated that the band is taking back rock alongside Imagine Dragons. They dominated the tour and festival scene last year with tours with AWOLNATION and Vance Joy, a European tour with 5 Seconds of Summer and festival performances at Lollapalooza, Billboard Hot 100, Life Is Beautiful and more. The band is also set to take over the festival world this spring and summer with performances confirmed so far at Hangout Festival, BottleRock Napa Valley and Firefly Music Festival. Stay tuned for more updates.

May 9 – Charlotte, NC – The Underground

*Flora Cash and Jagwar Twin will be support for the tour*

Alt-pop band lovelytheband translate emotions, anxieties, and feelings into lush, layered, and lively indie pop anthems. When the band was founded by lead singer Mitchy Collins, guitarist Jordan Greenwald and drummer Sam Price in 2017, the trio maintain a lasting connection to listeners by holding nothing back. A centerpiece of the band’s debut EP everything I could never say…, the group’s debut single “broken” caught fire as the longest running #1 track on Alternative Radio thus far in 2018 with six weeks at the top. In under a year, it amassed 25 million total global streams. BuzzFeed summed it up as “So. Damn. Good.” Billboard proclaimed the group among “10 Rock & Alternative Artists to Watch in 2018” as they supported Vance Joy, AWOLNATION and 5 Seconds of Summer on tour between headlining dates everywhere. Everything paved the way for the arrival of the band’s first full-length, finding it hard to smile [RED MUSIC]. Produced by “broken” collaborator Christian Medice, mixed, and mastered by Charlie Park, these 16 tracks entrance, engage, and enchant, offsetting shimmering keys, sweeping synths, and spacey guitars with cathartic, compelling, and catchy choruses. The title speaks directly to its thematic push-and-pull. lovelytheband’s voice will only get dramatically louder and it might just make crowds feel better too in 2019.

Listen to finding it hard to smile here: