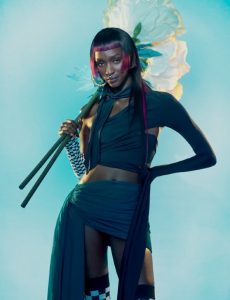 One person, one memory, one moment in a relationship. Lous’ new track “Kisé” is a colorful blur  of emotions expressing the quick blast of love and the impression it leaves once the euphoria has passed. Young and wild, Lous chooses the delirious side of life over the harsh reality. Beauty can be found everywhere.

New project, same crew: produced by El Guincho and Mems, “Kisé” is a fierce pop record with classic hip hop blood flowing through it, built for the streets and the club alike.

Lous partners here again with Wendy Morgan for a music video blurring reality with fantasy. Inspired by anime master Satoshi Kon, we transition into diﬀerent worlds with a raw energy,  from  a place you do not seem to fit to experiencing euphoric connections – watch it here.

Lous will be touring Europe as of May, her club shows in Paris and Brussels are already sold out. She will be performing some of the most prestigious summer festivals and will also open for Gorillaz shows in Germany.

About Lous and the Yakuza 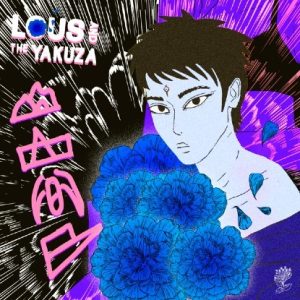