LOUS AND THE YAKUZA RELEASES HER SOPHOMORE ALBUM IOTA

LOUS AND THE YAKUZA RELEASES HER SOPHOMORE ALBUM IOTA 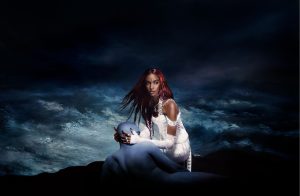 Iota is an ode to love in its rarest form – what remains when the passion evaporates. Between the lines, the life of a young, talented Black woman shines through, full of self-doubt, universal power and the mantra that Lous injects into everything she does: the personal is political.

With this new album, Lous serves up an eclectic sound that’s free from any cynical flourishes. A pure reflection of her inner world, and the glimpse of an artist with a thousand different influences on her bow for her project produced by El Guincho and Mems, including collaborations with Belgian superstar Damso and BET hip hop award winner Benjamin Epps.

Lous finally got to meet her fans during her tour last summer including club shows in Paris, Brussels, Amsterdam, Copenhagen, and Milan. She performed some of the most prestigious festivals, opened arenas and stadiums for Alicia Keys, Gorillaz and Coldplay, and closed her tour with a first sold-out NYC show. 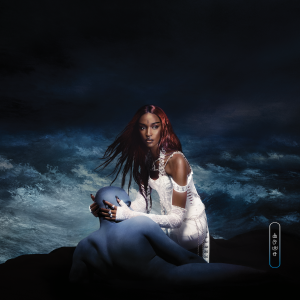 ABOUT LOUS AND THE YAKUZA

Lous And The Yakuza is shaking up francophone music and she is only just getting started. Lous burst onto the music scene with her debut album Gore and a run of highly personal tracks – all a pop, rap and alternative R&B-inspired fusion feast for the ears, complete with slick, arty visuals. With a striking debut single “Dilemme” (70M streams, platinum in Italy) followed by prestigious international collaborations (Joey Bada$$, Tha Supreme & Mara Sattei, Sfera Ebbasta, Adekunle Gold), Lous And The Yakuza gathers over 150M streams worldwide. She stood out with her enchanted performances on Colors, Jimmy Fallon (The Tonight Show) or Tiny Desk (at home) (NPR), prestigious press covers (Vogue, i-D, Pop Mag, Elle, etc.) and major features (New York Times, Vanity Fair, etc.) that have positioned her as the artist to watch.