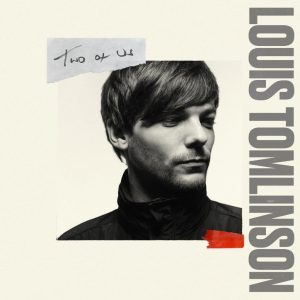 Louis Tomlinson helps 83-year-old Richard Green check off items from his ‘bucket list’ in a special video filmed for Louis’s song ‘Two Of Us’.

Leeds-born Richard lost his wife Pat to Alzheimer’s disease in December 2016, the same month as Louis’ mother Johannah passed away following a battle with leukemia. After hearing that Richard had a ‘bucket list’ of exciting and once-in-a-lifetime things he wants to experience, Louis went to meet him at his Yorkshire home.

The two men bonded over their mutual love of singing, which led to one item from the list being checked off. Louis then introduced Richard to the crowd at Sheffield Arena, where the 83-year-old former professional singer delivered a showstopping rendition of ‘Nessun Dorma’. Louis also joined Richard as he drove a racing car at Brands Hatch, co-piloted a helicopter and rode a rollercoaster. Richard even tried his hand as a tattoo artist by adding to Louis’ collection of body art.

As part of their adventures together, Louis and Richard are encouraging donations to Cancer Research and the Alzheimer’s Society and Bluebell Wood Children’s Hospice.