WITH UPCOMING U.S. APPEARANCES CONFIRMED FOR NEW YORK AND CHICAGO

With both a summer feel and club appeal “These Nights,” the latest from Loud Luxury celebrates nightlife’s return and release of a long-awaited new single for the pair with Armada Music.  Loud Luxury–who is Andrew Fedyk and Joe De Pace –have been busy as ever coming out of lockdown forging their way into 2022 with new shows and performances.

“These Nights” featuring Swedish vocal sensation KIDDO serves up fresh material as a calling card to fans.  “Come closer to the music” sings KIDDO to kick into the song, soaring over a snapping beat and embracing synths produced in the playful and uplifting Loud Luxury style. 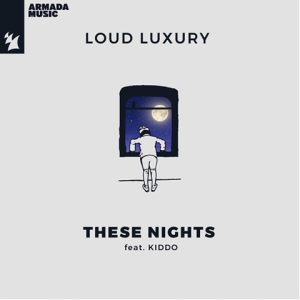 “We’re back. 2022 has been hands down the most fun year of our lives,” Loud Luxury shares. “We are so fortunate to be doing what we love on the road every weekend and sharing that energy with the world. The course of this year has also been incredibly inspiring on the music side and the first result of that is ‘These Nights’ with Kiddo. We hope you enjoy it as much as we did making it!”

Catch Loud Luxury on tour in the U.S. this summer:

With their worldwide smash hit “Body” (feat. Brando), Loud Luxury – who is Canadian duo Andrew Fedyk and Joe De Pace – is officially certified Diamond (10x Platinum) in Canada, 6x Platinum in Australia, 3x Platinum in Switzerland, Double Platinum in Austria, Denmark, U.K. and the U.S., and Platinum in the Netherlands, Norway and Sweden. “Body” also held the #1 spot in the U.S., Mediabase Dance Airplay chart for two weeks, charted in the Top 40 of U.S. Pop radio and the U.K.’s Official Singles Chart (#4) and accumulated over a billion plays across the most popular streaming services. Its follow-up single, “Love No More (with anders),” garnered 12 million streams on Spotify alone in its first month and currently sits at over 140 million plays on the streaming platform, while “I’m Not Alright (with Bryce Vine)” adds to the tally with over 80 million streams. In 2020, the duo released their debut EP Nights Like This, followed by single releases “Like Gold” featuring Stephen Puth with Frank Walker, “Amnesia” featuring GASHI with Ship Wrek and “Red Handed” featuring Thutmose. Loud Luxury also scooped up three 2020 JUNO Awards nominations for ‘Dance Recording Of The Year,’ ‘Fan Choice Award’ and ‘Group Of The Year’ (including one win) following four nominations (including one win) in 2019 as well as iHeart Music Awards nominations for ‘Dance Song Of The Year’ and ‘Dance Artist Of The Year’ in 2020.

KIDDO is a Swedish singer/songwriter who made a name for herself with her singles “Drunk & I Miss You,” “Bang My Head” and “Coming Down.” Her gold and platinum certified single “All We Got” featuring Robin Schulz became a giant hit, reaching #1in the German and European airplay charts. KIDDOhas already been able to prove her all-round talent as a songwriter for artists such as John Newman, Gashi, CheatCodes and Icona Pop, which ultimately led to her recent successful collaborations such as “Alright” together with Alle Farben and “Ordinary Life” with Imanbek and Wiz Khalifa. She looks like a rock star, has a small heart tattoo under her eye, a unique big, raw, warm and quirky voice and is celebrated in her home country Sweden as an “Urban Rock Star in the making.” But KIDDO is so much more: singer, songwriter, musician, producer, composer, art director, director, graphic nerd or overall: an untamed total work of art that casts a spell over listeners, viewers, colleagues, fans and critics alike. Her balance to date has been crowned with impressive success: among other things, KIDDO was chosen by a committee (incl. producer Max Martin) to be a part of Spotify’s “Equalizer Project” for upcoming female talents. She wrote her first songs in pop for Dagny and Icona Pop and made a name for herself as a songwriter. But anyone who has so much creative energy belongs on the big stage right into the spotlight. A few years ago she introduced herself to the world as a solo artist and proved instantly: KIDDO is a highly talented storyteller with one voice, so different, so wild, so big and irresistible. The debut releases have been followed by “My 100” and her recent single “Just A Girl.” Whether it’s her own music she’s releasing, commissioned work as a songwriter or being the creative force who designs her cover artwork and videos-KIDDO cannot be narrowed down: “Exchanging ideas can be very relaxing and empowering, a kind of Zen state. The illustrations and videos are another element of expressing myself.” The massive workload could hardly be described more modestly. KIDDO is one of the hardest working solo artists in Sweden and has coolness au naturel that is more casual and down-to-earth, but is simply 100% rock star.