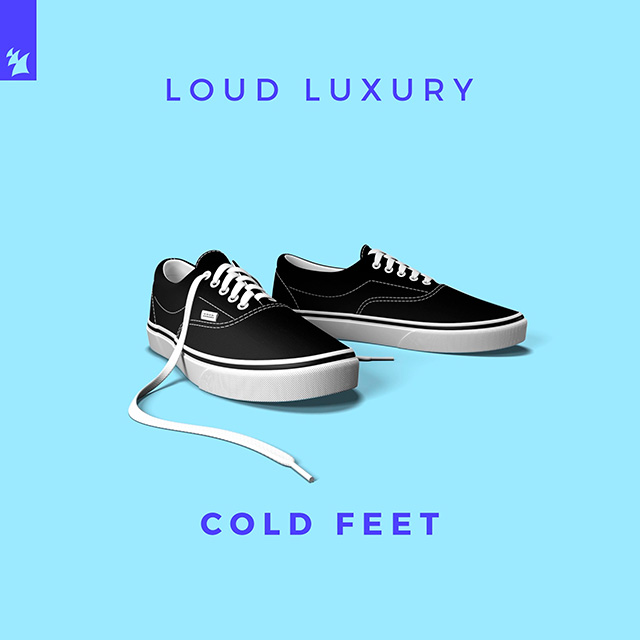 Toronto, ON February 14, 2020 – Amidst a hectic tour schedule (with a continued Vegas residency and a slew of global festival performances this upcoming summer) and numerous TV appearances (e.g. ‘LIVE with Kelly & Ryan’, James Corden’s ‘The Late Late Show’), Loud Luxury still managed to find the time to put their exemplary studio ethic to the test. The direct product of that musical push is their forthcoming Nights Like This EP (due March 27), and the Canadian duo dropped the EP’s first single today, “Cold Feet.”

Talking about love lost in the final stretch, Loud Luxury’s “Cold Feet” combines haunting vocal melodies with a vivid instrumental backdrop. Adorned even further with soul-stirring lyrics, this track is the perfect creative collision of recognizability and club-focused vibes.

It’s been an amazing ride for university friends Andrew Fedyk and Joe De Pace, better known as Canadian duo Loud Luxury. With their now worldwide smash hit “Body” (feat. Brando), the Toronto boys are certified Diamond in Canada and platinum in a range of other countries (3x in Australia, 2x in Switzerland and 1x in the U.K., the Netherlands, Austria and more), was the #1 Top 40 Song in Canada in 2018, held the #1 spot in the U.S. Mediabase Dance Airplay chart for two weeks, charted in the Top 40 of U.S. Pop radio and the U.K.’s Official Singles Chart (#4) and accumulated hundreds of millions of plays across the most popular streaming services. Its follow-up single, “Love No More” (with anders), is certified 2x Platinum in Canada, garnered 12 million streams on Spotify alone in its first month and currently sits at an impressive 120 million plays on the streaming platform, whilst last summer’s “I’m Not Alright” (with Bryce Vine) adds to the tally with over 45 million streams and is certified 2x platinum in Canada. Earlier this year, the duo scooped up three 2020 JUNO Awards nominations for ‘Dance Recording Of The Year’, ‘Fan Choice Award’ and ‘Group Of The Year’, following four nominations (including one win) in 2019 as well as iHeart Music Awards nominations for ‘Dance Song Of The Year’ and ‘Dance Artist Of The Year’.