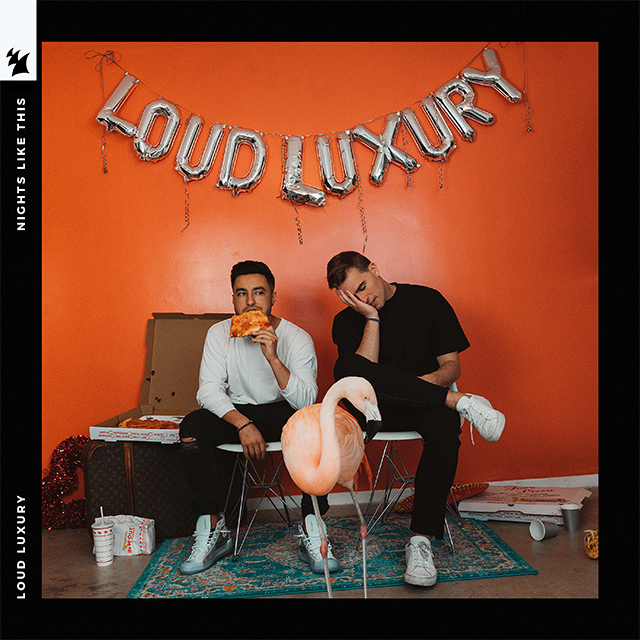 AMSTERDAM, March 27, 2020 – After building up the momentum with new songs every two weeks for the past two months, Loud Luxury have finally unveiled the concluding part of their Nights Like This EP. Created in tandem with L.A.-based pop artist Morgan St. Jean, “Aftertaste” is the perfect encore for an EP this diverse and colourful.

The proverbial cherry on top of their Nights Like This EP, “Aftertaste” is testament to the rise of the Canadian duo. With glowing chords, soulful vocals and club-rocking drums, this record not only serves as the perfect closing track, but also delivers undeniable dance floor potential all year round.

“We met Morgan in our first year in L.A.,” says Loud Luxury’s Andrew Fedyk of the track’s vocalist. “We got introduced oddly enough through BMI.  We were on a ‘songwriter speed dating’ session and she came over to our apartment that we used to live at and we just hung out. The original song she wrote was a lot slower, but we took the idea with us on a trip to Jamaica and we were just really inspired by the music and the sounds and parties there. So we took the vocal and flipped it in order to bring completely new energy into it. That’s where the vibe of ‘Aftertaste’ comes from.”

It’s been an amazing ride for university friends Andrew Fedyk and Joe De Pace, better known as Canadian duo Loud Luxury. With their now worldwide smash hit ‘Body’ (feat. Brando), the Toronto boys are certified Diamond in Canada and platinum in a range of other countries (3x in Australia, 2x in Switzerland and 1x in the U.K., the Netherlands, Austria and more), held the #1 spot in the U.S. Mediabase Dance Airplay chart for two weeks, charted in the Top 40 of U.S. Pop radio and the U.K.’s Official Singles Chart (#4) and accumulated hundreds of millions of plays across the most popular streaming services. Its follow-up single, ‘Love No More’ (with anders), garnered 12 million streams on Spotify alone in its first month and currently sits at 125 million plays on the streaming platform, whilst last summer’s ‘I’m Not Alright’ (with Bryce Vine) adds to the tally with well over 50 million streams. Earlier this year, the duo scooped up three 2020 JUNO Awards nominations for ‘Dance Recording Of The Year’, ‘Fan Choice Award’ and ‘Group Of The Year’, following four nominations (including one win) in 2019 as well as iHeart Music Awards nominations for ‘Dance Song Of The Year’ and ‘Dance Artist Of The Year’.