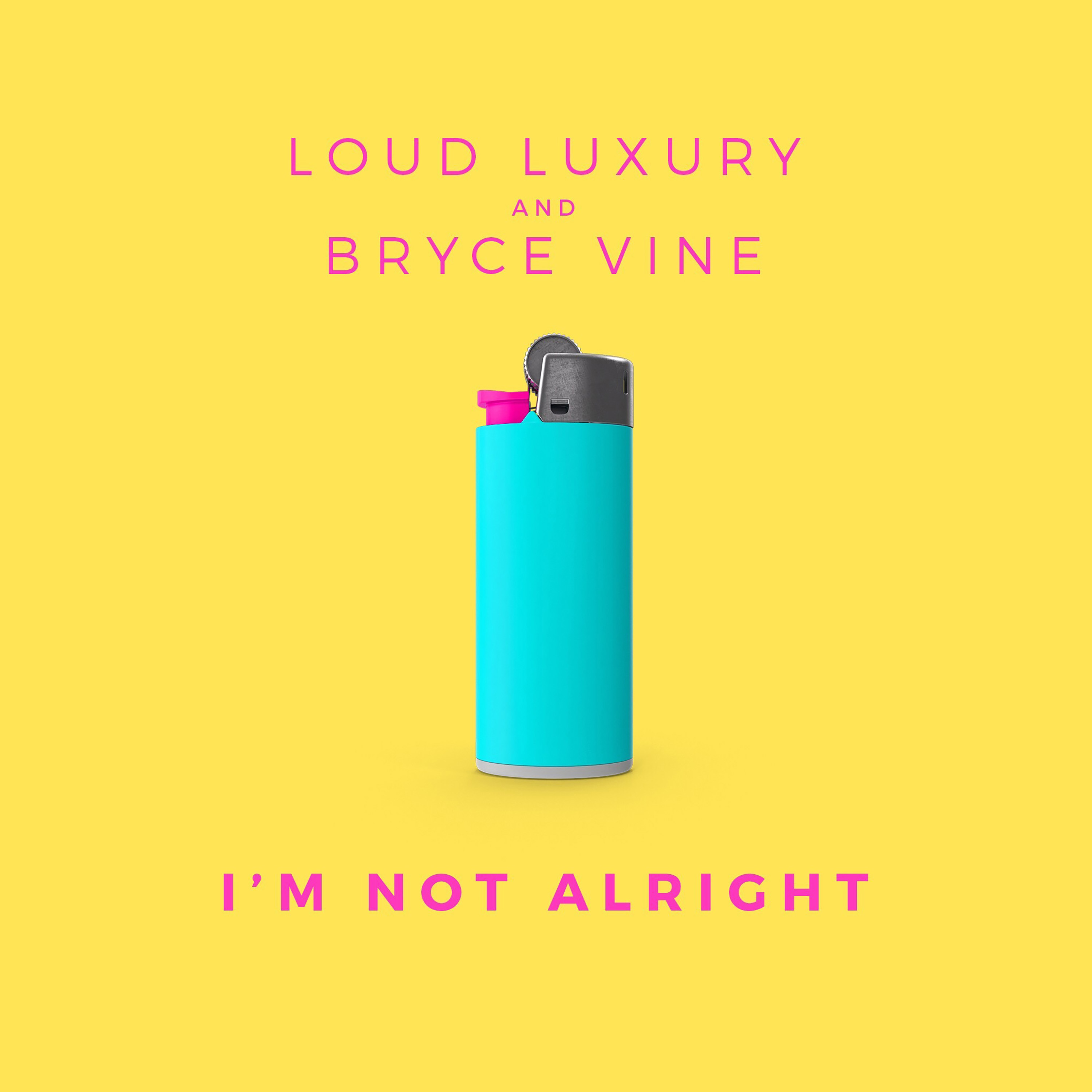 Toronto, July 12, 2019 – While JUNO-Awarded summer hit “Body” (feat. brando) continues to rack up stream numbers and accolades like crazy, Loud Luxury are looking to build on the momentum of their global smash with a brand-new, equally infectious crossover track. Created in tandem with New York-born, L.A.-raised singer Bryce Vine, whose track “La La Land” is currently in the Top 20 of the U.S. Pop charts and featured in Spotify’s ‘Today’s Top Hits’ playlist, “I’m Not Alright” is set to become the next big thing in the electronic music realm.

Listen to Loud Luxury and Bryce Vine – I’m Not Alright

In spite of what the title and lyrics suggest, “I’m Not Alright” manages to put a pretty carefree vibe on the table. Juggling country-esque guitar tones and striding vocals with jumpy synth stabs in a manner that proves wonderfully easy on the ear, this summer-scented hit-to-be is definitely oozing with airwave potential.

Loud Luxury: “We met Bryce at a party in L.A. through a friend when we got back from our fall tour. The next day, he came over and showed us an idea he made that was just a guitar and the chorus. During our winter tour, we worked across North America in hotel rooms, studios, and even an Uber with our headphones to finish writing the song. At the end of the day, we are all human, we all make mistakes, but this song is about coming to terms with your flaws.”

Bryce Vine: “Loud Luxury are some of my favorite dudes I’ve met in this industry. They really care about the music they make, and we share a mantra of keeping life fun and exciting!”

It’s been an amazing ride for university friends Andrew Fedyk and Joe De Pace, better known as Canadian duo Loud Luxury. Since the Toronto boys debuted on Armada Music in late 2017 with their now worldwide smash hit “Body” (feat. brando), they sold platinum across the globe (8x in Canada, 3x in Australia, 2x in Switzerland and 1x in the U.K., the Netherlands, Austria and more), held the #1 spot in the U.S. Mediabase Dance Airplay chart for two weeks, charted in the Top 40 of U.S. Pop radio and the U.K.’s Official Singles Chart (#4) and accumulated hundreds of millions of plays across the most popular streaming services. At Canadian radio, the track landed at #1 on CHR,  #1 on AC, and #2 on Hot AC. Its follow-up single, “Love No More” (with anders), is certified Platinum in Canada, garnered 12 million streams on Spotify alone in its first month and currently sits at an impressive 86 million plays on the streaming platform. Judging by that track record alone, “I’m Not Alright” is up for one hell of a run. In addition to their recently announced North American bus tour and their debut on the mainstage of Tomorrowland this summer, Loud Luxury will also be making waves on VELD, Parookaville, Mysteryland and a slew of other festivals this year.

Bryce Vine presents a genre-bending, East Coast-meets-West Coast sound all his own, drawn in equal parts from the bass-heavy reality rap influence of his father, the bright, pop sensibility of his mother, and a childhood spent between New York and L.A. His keen blend of laid back, in-the-cut hip-hop and anthemic choruses prompted Entertainment Weekly to praise his “boundary-pushing aesthetic” and TIME to say he “sounds like the definition of cool,” while VIBE asserts, “You can’t put Bryce Vine in a box.” His major label debut ‘Carnival’ will be released July 26 on Sire Records, with inspirations that run the gamut of the pop culture zeitgeist, lyrically referencing his favorite sci-fi TV shows, ‘90s nostalgia and commentary on growing up in L.A., while effortlessly fusing the punk spirit of Blink-182 with homages to Tupac and Outkast. Following the breakthrough success of the Platinum-certified “Drew Barrymore,” soaring to Top 15 at both Top 40 and Rhythm radio and accumulating over 265 million streams to date, Bryce Vine began 2019 with his very first sold-out headline tour and “La La Land (feat. YG)” following the same trajectory as his first single. He’s performed on Late Night with Seth Meyers, the MTV VMAs pre-show, The Wendy Williams Show, and Jimmy Kimmel Live!. As Teen Vogue expressed, “[His] smooth, unpretentious performance really sold us on Bryce as a breakout star.” Bryce Vine is on tour throughout the summer, with all dates and tickets available at brycevine.com.