LOST FREQUENCIES RELEASES ‘WHERE ARE YOU NOW’ FEAT. CALUM SCOTT, OUT TODAY!

LOST FREQUENCIES RELEASES ‘WHERE ARE YOU NOW’ FEAT. CALUM SCOTT, OUT TODAY! 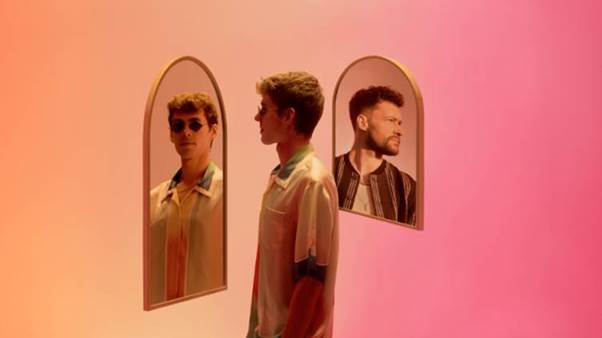 Leading on from his phenomenal Sony Music debut ‘Rise’ earlier this year, Lost Frequencies continues to stand at the forefront of the global electronic music scene, too. With 10 multi-platinum singles, over 13 million monthly listeners and billions of streams on Spotify alone, he now returns with the deep-diving ‘Where Are You Now.’

Featuring British singer-songwriter Calum Scott who shot to fame on the prime-time talent show ‘Britain’s Got Talent’, preceding the talent gaining a #2 UK-charting single and Top 5 UK album, Calum has also received support from names including Little Mix and Hollywood actor Aston Kutcher. ‘Where Are You Now’ commences with a slow-sweeping, inviting melody that sets the precedent for Calum’s vocal to lend its rising, raw-leaning tone for Lost Frequencies’ layered rhythms. Ascending from the spacious into the dawning deep, Lost Frequencies merges synth lines that shimmer through the far-reaching topline, ushering in the chorus that is enveloped in an unshakable, dense bassline; “Like my favourite song going round and round my head”.

Speaking on the release Lost Frequencies said: “I’m super excited to share this new single in collaboration with Calum Scott. I’m happy we got to work together as he already asked me to remix his track ‘Dancing On My Own’ previously that didn’t come to work out at the time, but now we worked together on this original track ‘Where Are You Now’! He absolutely nailed the vocals and I can’t wait to play this one live, I hope everybody will love this one as much as I do!”