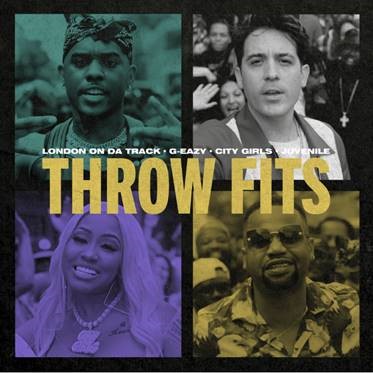 The pair also release the accompanying video today. Shot in New Orleans, and co-directed by Daniel CZ (Chris Brown, G-Eazy) and 2mattyb, and executive produced by London On Da Track, the high-energy visual features London, G-Eazy, Young Miami of City Girls and Juvenile all lighting up a street party in true New Orleans style with horns and dancing.

“Throw Fits” follows London’s previous singles as an artist, “No Flag” feat. Nicki Minaj, 21 Savage, Offset and “Whatever You On” feat. Young Thug, Ty Dolla $ign, YG and Jeremih and “Up Now” with Saweetie ft. G-Eazy and Rich The Kid. Combined, the tracks have been streamed over 100 million times worldwide. Most recently, London produced British rapper Octavian’s latest single, “Lit” ft. A$AP Ferg and Dreezy’s “No Love” feat. Derez De’Shon and “Where Them $ @” from her Big Dreez project.

Most recently, G-Eazy teamed up with Blueface, YG and ALLBLACK for “West Coast” which has over 20 million streams worldwide and over 30 million streams of the video. G-Eazy is currently in the studio finishing up his 5th studio album.

Listen to “Throw Fits” and keep an eye out for more from London On Da Track coming soon. 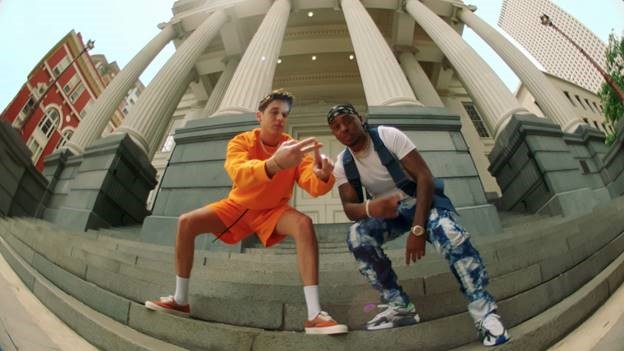 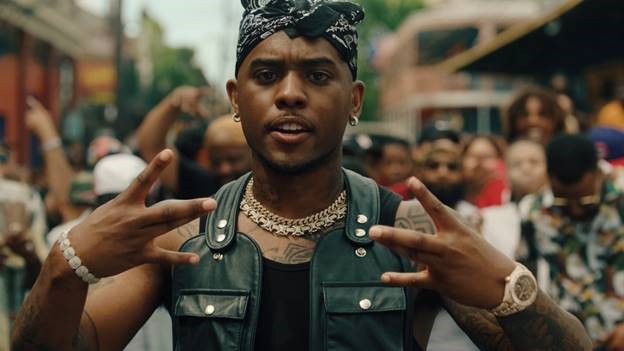 About London On Da Track
London On Da Track is one of the most sought after producers in hip-hop, creating an in-demand sound made up of his signature bounce, a singular mood, and moving keys. His resume includes Drake’s (“Sneakin’” ft. 21 Savage), Tyga’s (“Hookah”), Young Thug’s (“Check”, “Killed Before”), T.I.’s (“All About The Money”) and many more. Most recently he produced Roddy Rich’s “Die Young,” Post Malone’s “92 Explorer,” A Boogie Wit Da Hoodie’s “Swervin’, Kodak Black’s “Roll In Peace” ft. XXXtentatcion, which is RIAA and Music Canada certified double platinum and French Montana’s “No Stylist” ft. Drake, which is certified platinum in the U.S. and double platinum in Canada.

In August 2017, London penned a deal with RCA Records in a transition to a forward facing artist. Since signing, London adds to his accomplishments the release of his debut single, “No Flag” featuring Nicki Minaj, 21 Savage, and Offset, “Whatever You On” ft. Young Thug, Jeremih, YG and Ty Dolla $ign and “Up Now” with Saweetie ft. G-Eazy and Rich The Kid. Combined, the tracks have been streamed over 100 million times worldwide. London also produced and is featured on A$AP Rocky x 21 Savage x Gucci Mane’s “Cocky.” Featured in the trailer and throughout the film, “Cocky” was the lead single from the motion picture, Uncle Drew.

London is also a global touring act who has performed at major festivals across the country including Electric Daisy Carnival in Las Vegas, Ultra in Miami, Lollapalooza in Chicago and Bumbershoot in Seattle and most recently wrapped a European tour.

About G-Eazy
Hailing from the Bay Area, multi-platinum artist and producer G-Eazy continues tirelessly on his impressive career path releasing multiple hits, selling out venues worldwide, performing on national programs including Good Morning America, Jimmy Kimmel Live!, The Tonight Show Starring Jimmy Fallon, The Today Show, and Saturday Night Live, as well as expanding his entrepreneurial prowess with his partnership with a spirits brand. His most recent album The Beautiful & Damned was certified platinum (third album in a row to do so) and features the Music Canada certified 4x platinum “No Limit” ft. A$AP Rocky & Cardi B and the Canadian triple-platinum “Him & I” with Halsey.  In July 2018, he launched the Endless Summer Fund which has registered hundreds of people to vote and raised over $100,000 for charity. ESF is a non-profit aimed at providing underprivileged youth with meals, clothing, haircuts, mentorship and opportunities for personal and economic growth. G continues to pursue the next steps of his career while giving back to the communities that raised him.

Keep Up With
London On Da Track: