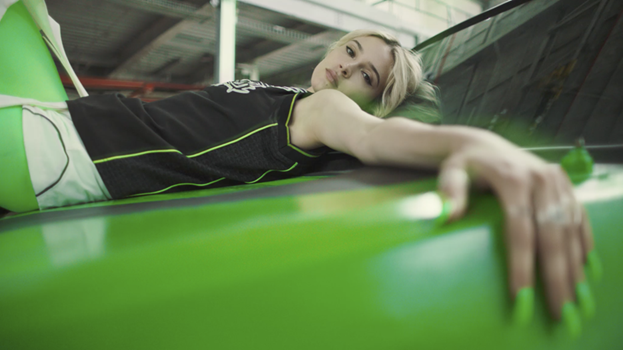 “Lolo Zouaï is making a case for the continued relevance of the moody-pop-meets-hip-hop wave….The 24-year-old Zouaï’s music is placeless, genre-less and entirely of the moment.” – TIME

“For Lolo Zouaï, flexing is a matter of authenticity, not fronting. The 24-year old singer’s debut album, High Highs to Low Lows, is full of pop hooks and casual brags….blends the vulnerability of H.E.R.’s lyricism, the hip-hop-adjacent bounce of thank u, next-era Ariana Grande, and the electro-pop experimentation of AlunaGeorge …the 24-year-old Zouaï’s music is placeless, genre-less and entirely of the moment.. – PITCHFORK

“She occupies a sonic space of her own: R&B, American pop and sprinkles of her heritage through Arabic-inspired beats, a mixture of elements that culminate in what she calls “bittersweet bangers”.” – V MAG

Rising singer-songwriter / producer Lolo Zouaï today shares the saccharine sweet official video for her addictive hit “Caffeine”, off her debut album High Highs to Low Lows (Keep It On The Lolo /RCA Records). The video, directed by Nathalie Canguilheim and produced by Sarah Lee, is an homage to pop videos from the early aughts with a future twist, cutting fast and furiously through Lolo’s neon world, all shot over the course of three days throughout New York City, where she currently lives.

The “Caffeine” video follows Lolo’s recent release of the ethereally dreamy music video for her ballad “Summers in Vegas”. Directed by the artist herself, alongside Tommy Nowels in Las Vegas, the singer gives us an intimate look into her past.  Both videos follow news of Lolo’s appearance in the Fall 2019 COACH campaign, where she stars alongside Yara Shahidi, Michael B Jordan and Jemima Kirke as one of the newest muses for the  iconic brand.  Lolo’s music continues to pop up everywhere -most recently an unreleased song “Chain” was featured on HBO’s boundary-pushing drama, Euphoria. The artist is set to kick off her headlining European High Highs to Low Lows tour on October 22, making her first stop in France. The 15-city tour includes shows in Paris, Amsterdam, Berlin, and Barcelona, with additional stops in London and Dublin.

This year has been a breakout year for Lolo – her ascent has been quick and studded with star moments that most only dream of. From humble beginnings as a teenager recording songs in her San Francisco bedroom, Zouaï has catapulted herself into the ranks of some of today’s top musicians. With an amazing growing fanbase – known as “The Loriders,” the Paris-born singer / song-writer continues to solidify her musical catalog since stepping onto the scene in 2017. From selling out shows across 5 countries as an indie artist to opening for Alina Baraz on a sold out North American tour and modeling in the S/S 19 Tommy Jeans campaign, to contributing as a songwriter on H.E.R.’s  Grammy–winning debut album and releasing her own music along the way, including a collaboration with Blood Orange and accompanying music video, Lolo’s success has been massive.. Lolo received early critical praise from The FADER, High Snobiety, Complex, Harper’s Bazaar, Vogue, V Magazine and continues to win fans with her stunning debut. Recently Lolo took over Travis Mill’s Beats1 radio show where she shared some of her favorite songs, music that has influenced her and talked a bit about her music – you can listen to it here.

WATCH THE OFFICIAL VIDEO FOR “CAFFEINE”

WATCH THE VIDEO FOR “SUMMERS IN VEGAS”

WATCH THE OFFICIAL VIDEO FOR “RIDE” 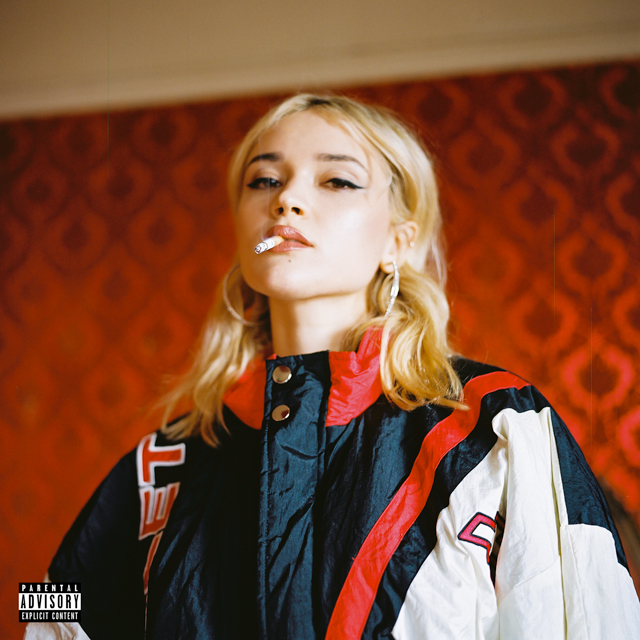 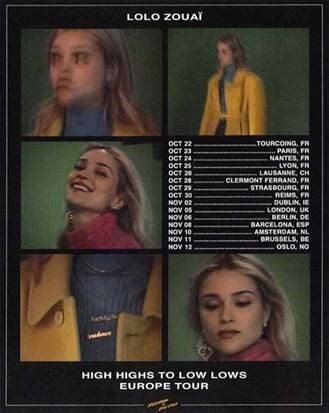