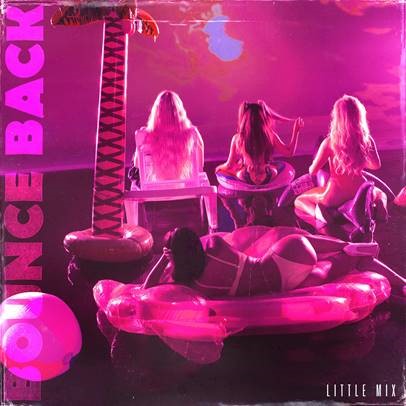 “Bounce Back” was produced by the legendary Stargate (Rihanna, Beyonce, Katy Perry), and features an ingenious sample from the classic Soul II Soul smash “Back To Life,” which co-incidentally celebrates its 30th anniversary this summer.

Little Mix gave a sneak peak of ‘Bounce Back’ at their amazing Radio One Big Weekend performance last month, causing a social media frenzy that has made this one of the most anticipated pop releases of 2019.

Since 2011, Perrie Edwards, Jesy Nelson, Leigh-Anne Pinnock and Jade Thirlwall have not only established themselves as one of British pop’s brightest acts, but as a global pop phenomenon.

They have fully cemented their status as the world’s biggest girl band, with the quartet asserting dominance in the charts album after album.

Little Mix have had 21 UK hit singles, and sold more than 45 million records worldwide. They have notched up a total of four UK No.1 singles, four platinum-selling albums and nine platinum selling singles, surpassing a record previously held by the Spice Girls. Their album ‘Glory Days’ is the biggest selling album by a female group this millennium in the UK, alongside being named the longest-reigning Top 40 album for a girl group ever.

The band have established their reputation as one of the most phenomenal performers around. Alongside massive tours of Europe, Australia, Japan and the US, the group’s shows have also been named as the biggest UK arena tours for 2016 and 2017.

2019 will see Little Mix once again showcase their powerhouse vocals and incredible performance skills on a 30-date UK and Ireland ‘LM5’ arena tour later this year.