“BETRAYED” REMIX FEATURING YO GOTTI & RICH THE KID OUT TODAY 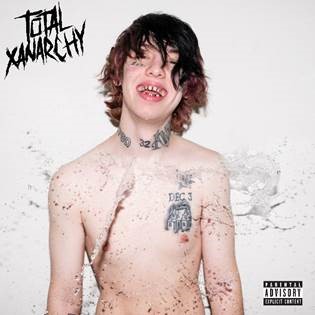 “…just one member of a cohort of young musicians who, by embracing a morose sound, have transformed from underground curiosities into stars in the past year.” –  The New Yorker

“Lil Xan is now one of — if not the hottest — new rapper of this year so far.” – Hypebeast

The wait is over. TOTAL XANARCHY, the anticipated debut album from rapper Lil Xan, will release digitally and physically in the U.S. on April 6 via Columbia Records. TOTAL XANARCHY is now available for pre-order: http://smarturl.it/LilXan_TotalXanarchy. Pre-ordering fans will receive four of Lil Xan’s tracks immediately upon purchase: “Betrayed”, his breakout single, as well as “Wake Up”, “Slingshot” and “Far”. Additionally, fans will receive the newly released “Betrayed” remix which features Yo Gotti and Rich The Kid as an additional bonus.

The response to “Betrayed” can only be described as fervent, with the purple hued, hazy video racking up an impressive 147 million views and counting. “Betrayed” has also accumulated over 100M combined U.S. streams to date. “Betrayed” which has 75M Spotify streams alone, can be heard on many benchmark Spotify playlists including Spotify’s largest playlist, Today’s Top Hits, as well as Hot Rhythmic, Mellow Bars, Hip-Hop Central, Clout Culture, Most Necessary and Tear Drop.

Lil Xan recently completed a 25 city trek across major markets in North America, the sold out Total Xanarchy Tour, presented by Lyrical Lemonade. Proving himself to work hard for his fans, he has continued to perform live post tour, and has several upcoming shows in major markets including Los Angeles on March 21st. He will also be seen at Brooklyn Steel in New York City on March 30th as part of Noisey Weekend.

Acknowledged as one of the up-and-coming artists to watch in 2018, Lil Xan has amassed an army of dedicated fans, including his 1.4 million Instagram followers, known as the Xanarchy Gang. HypeBeast named Lil Xan one of ten rappers you need to know while Ticketmaster declared him an Act to Watch, noting that Lil Xan will be one to “dominate the live scene in 2018.”   Lil Xan has also clocked in as #1 on Pandora’s Trendsetters chart on more than one occasion.