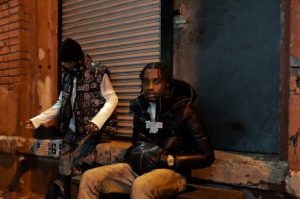 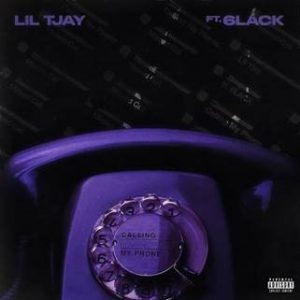 The track follows the overwhelming positive response Lil Tjay received from anticipating fans last December, after releasing a 20 second snippet of the then untitled song. Since the teaser, listeners across social media have embraced the rapper’s new sound, with the snippet already featured in over 100k fan-created Tik Tok videos. The unexpected yet unsurprising popularity stirred eager fans to start a petition for the 19-year-old rapper to release the work in progress early. The wait is finally over with the addition of rapper and singer 6LACK, who blends his authentic, signature R&B sound on “Call My Phone” — delivering the fresh feature the song called for. Lil Tjay and 6lack team up on the new track to touch on love, relationship endings and moving forward.

Lil Tjay has captivated the rap scene with his signature swag and blaring bars that have garnered him an audience of millions. His latest project, the State Of Emergency Mixtape follows the release of Lil Tjay’s Canadian platinum-certified debut album True 2 Myself. The album is responsible for the triple platinum-certified hit “F.N.,”platinum-certified “Brothers,” platinum-certified “Leaked,” “Hold On” and “Ruthless” as well as the Gold-certified “Laneswitch,” “One Take” and “Goat.” Tjay released the Gold-certified song “20/20” before joining forces once again with Polo G on “First Place” – the follow up to their 6x Platinum-certified breakout hit “Pop Out.” which landed on Billboard, Uproxx, and Complex’s Best of 2019 year end lists. To date, Lil Tjay has accumulated over 11.2 billion global streams across all releases and featured as one of XXL’s Freshman Class 2020 and Billboard’s 21 Under 21.

ABOUT 6LACK
Pronounced “Black,” the alternative R&B artist and three-time GRAMMY-nominated rapper/singer/songwriter, 6LACK is the #2 most streamed R&B artist behind Frank Ocean. His debut project FREE 6LACK recently went platinum in the US, and his sophomore album released East Atlanta Love Letter (now certified GOLD in the US) to critical acclaim and peaked at #3 on the Billboard 200 and #1 on the Top R&B Albums. 6LACK has been the most featured artist of 2019-2020 with over 30 features, and hasn’t missed a beat releasing his latest project 6 PC HOT EP, which went top 5 on the R&B Charts in the US addition to its R&B debut, 6pc opened at No. 11 on Top R&B/Hip-Hop Albums and at No. 15 on the all-genre Billboard 200. “