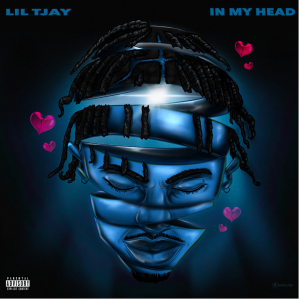 Today, 20-year-old rapper/singer Lil Tjay shared his newest single “In My Head.” Featuring a notable sample from Iyaz’s 2009 hit song “Replay,” the young artist has spent the past few weeks teasing the track on social media for fans around the world. Accumulating over 100,000 pre-saves and 59,000 user video creations on TikTok prior to its release, listen to the anxiously awaited track off his upcoming project HERE.

The release of “In My Head” arrives alongside an accompanying music video which showcases Lil Tjay as he travels through his memories to piece together a night gone wrong. Watch the Medet directed video starring Rubi Rose HERE.

“In My Head” highlights a more vulnerable side of TJAY, as he candidly reveals his doubts to his love interest “I got some funny feelings in my head, and girl I don’t know what to call it.” Combining both Lil Tjay’s vulnerability and lyrical abilities, this song is sure to stay in your head.

Following 10 RIAA Platinum singles, the 3X Platinum certified (CANADA)  “Calling My Phone”  with 6LACK charting #2 on the Canadian Billboard Hot 100 chart, the 2021 release of his RIAA Gold studio album Destined 2 Win and over 20+ certifications at the age of 20, the young sensation continues to claim his place as one of the most promising rappers in the game.

Stay tuned for new music from Lil Tjay in Spring 2022. 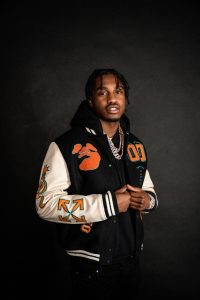