ON THE NEWLY LAUNCHED SITE LILPEEP.COM 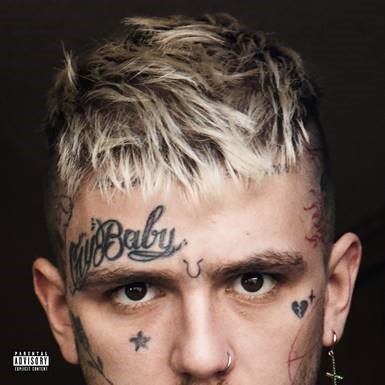 The album is available in a variety of digital and physical formats, including a 2LP set in gatefold packaging with an array of unseen photos from his life and career. Pre-order it HERE and find exclusive merch and vinyl at the official website for The Estate of Gustav Elijah Ahr, www.LilPeep.com.

The late platinum-certified music legend, style icon, and voice of an era ignited the internet last night with the surprise release of his GOTH ANGEL SINNER EP.   Watch the music video for the single “When I Lie” HERE.

In order to celebrate the forthcoming record, a limited-run Lil Peep pop-up store opens in New York City just for today at 97 Crosby Street. On Wednesday November 6, his spirit takes over Los Angeles at Everybody’s Everything – An Event Celebrating the Artistry of Lil Peep at the Echoplex. Not only will the event include a preview of the new album, but it will feature live conversation with some of his closest collaborators moderated by Roger Gengo from Masked Gorilla, in partnership with SoundCloud. RSVP for the LA event HERE.

Meanwhile, the Everybody’s Everything film opens in over 100 theaters on November 12 with select showings November 13-14, and a longer run in select markets scheduled for November 15.

With a groundbreaking hybrid of pop, punk, emo, and hip-hop, Lil Peep amplified the pain of an entire era through an emotional and honest sound of his own. In a few short years, he went from the underground breakout Hellboy to the top of the charts and sold out tours. Following 2017’s Come Over When You’re Sober, Pt.1, his posthumous second offering, Come Over When You’re Sober, Pt. 2, debuted at #4 on the Billboard Top 200 highlighting “Falling Down” [feat.XXXTentacion], which not only vaulted to #13 on the Hot 100 but also went platinum. In addition, his single with iLoveMakonnen, “I’ve Been Waiting” [feat. Fall Out Boy], earned a gold certification. Beyond streams in the billions, he received acclaim from the likes of GQ, Rolling Stone, and Pitchfork who crowned him “arguably the biggest emo icon of the past few years.” He lives on in Everybody’s Everything