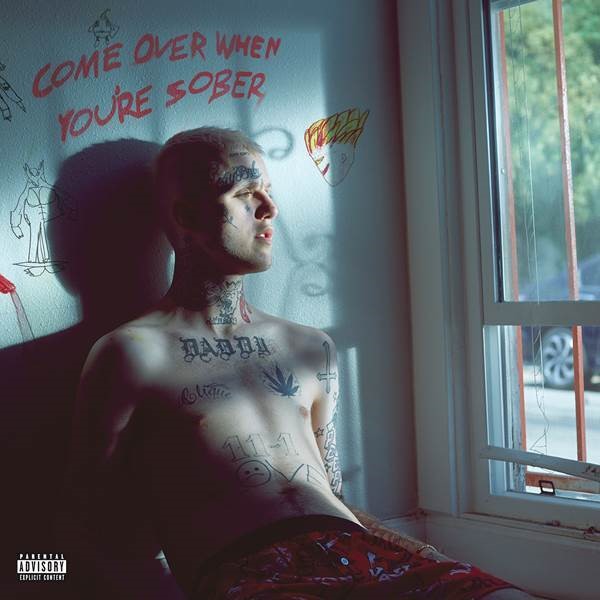 Lil Peep’s second album, Come Over When You’re Sober Pt. 2 will be released on November 9th via Autnmy – a division of Access Records, on license to Columbia Records.  This marks the release of the first posthumous long form body of work from the prolific artist The New York Times has described as “at the forefront of bridging hip-hop, emo, pop-punk, and one of the most promising musicians in any genre.”

Come Over When You’re Sober Pt. 2 was produced and guided by Peep’s friends and collaborators, Smokeasac and George Astasio of IIVI. “Gus was my best friend. Finishing COWYS2 without him is the hardest thing I have ever had to do.  At times I didn’t want to finish it, some days it was just too hard to hear his voice and not have him right there beside me but when I got out of my own head, I could feel him there and that and his incredible fans are what got me through it.  I really had no choice, it had to be done and I am proud of what George and I have done for Gus and his fans,” stated Smokeasac.

“After working with Gus on COWYS Pt. 1, it was a challenge for Dylan and me, professionally and emotionally to complete Pt. 2, but I’m so happy and proud that Lil Peep fans around the world will get to hear this album.  I am forever proud of Gus and in awe of his immeasurable talent and vision,” added George Astasio.

“COWYS Pt. 2 is a powerful collection of songs.  Once again, Gus’s lyrics tell it like it is.  I knew it was going to be the album we wanted to hear when Dylan previewed a few of the songs for me this summer.  Because Gus had such an indominable work ethic, and commitment to getting things right, we are blessed with another chance to hear his voice —interwoven with the production of two of his trusted music collaborators. I am grateful to them for shouldering through in order to finalize the work.  I know it represents a labor of love. I am also glad that one of my favorite of Gus’ songs, ‘Life is Beautiful,’ that he originally wrote in 2015, is on here, too,” said Liza Womack, mother of Gus Ahr aka Lil Peep.

Sarah Stennett, Co-Founder/CEO of First Access Entertainment conveyed, “As Peep’s business partner and friend, I am very proud to share COWYS Pt 2. I believe in the presence of his spirit and the enormous role he has played in completing the album, guiding all those involved. This album is much more than a great listening experience. It’s a body of work from one of the greatest poets and musicians of a generation.”

Come Over When You’re Sober, Pt. 2 is available in a variety of formats including vinyl LP, pink cassette, CD and a limited edition 2LP set featuring COWYS Pt. 1 + Pt. 2 on pink and black vinyl.  Fans can pre-order the album along with exclusive limited edition merch in the Lil Peep official store here.

The first song, “Cry Alone,” from the highly anticipated album, was released today along with a video directed by Max Beck and produced by Mezzy.

On the making of the video, Max shared, “Peep and I shot Cry Alone back in May 2017.  He originally thought it was going to be a track included on COWYS1, but it ended up fitting better on COWYS2 which inevitably postponed the video’s release.  It was around 1 am when I saw Peep on Twitter asking if someone could bring him McDonalds in Berkeley. I texted him asking what he was doing in town (I was living in the Bay Area at the time) and he told me he had just finished his show in San Francisco, but that I should come to his hotel and maybe take some photos if I was down. Ever since I met him, we talked about shooting various videos, but nothing ever came into fruition, so I suggested we shoot a music video that night. He said it was perfect timing because he’d just recorded a bunch of new music and that we’d pick a song when I got there. After listening to a few different songs and discussing ideas we chose “Cry Alone.” “It just feels right”, he said. “It’s the only song that fits the energy of the night.”

Yesterday, the tracklisting for Come Over When You’re Sober, Pt. 2 was revealed on Peep’s Instagram Live via a mural being painted by Dame MSK and Savaanah from The Seventh Letter Crew outside of Ideal Glass on East 2nd Street in New York: