Currently Top 25 at CHR in Canada 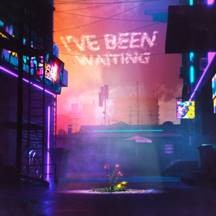 The concept for the video was developed by Lil Peep and iLoveMakonnen, when the two initially recorded the track.  According to Sus Boy, “Peep wanted this video to bring people up into the clouds, into the fantastical world of his mind. Making it now, alongside Makonnen, is our way of visiting him again.” iLoveMakonnen echoed this sentiment by stating, “Peep and I wanted our music to help people escape from depression and their everyday world. We wanted people to feel magic and create good memories with our music. I think this video shows exactly that.”

Pete Wentz added, “Being able to live in a world that Peep ideated before his passing was super special as both an artist and a fan. Our goal was to be a texture and a guide for a vision that he had.”

Since its release the track has continued to climb up the Top 40 charts and is currently positioned at #15 in the U.S and is Top 25 at CHR in Canada. In addition, “I’ve Been Waiting” has amassed over 75 million worldwide streams and hit the Top 10 on the US iTunes Alternative Charts and Top 15 on the CDN iTunes Alternative Chart.  This single follows the chart success of Come Over When You’re Sober, Pt. 2, which debuted at #4 on the Billboard Top 200 Album Chart in Canada and the U.S.