“OLD TOWN ROAD” FT. BILLY RAY CYRUS ACHIEVES HISTORIC FEAT AND BECOMES THE LONGEST RUNNING NO. 1 SINGLE ON THE BILLBOARD HOT 100 AFTER 17 WEEKS ATOP THE CHART 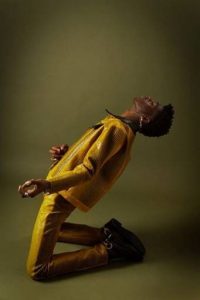 Record-shattering artist Lil Nas X has officially made all time U.S. Billboard chart history. The inescapable song of the year, “Old Town Road” feat. Billy Ray Cyrus, has landed at No. 1 on the Billboard Hot 100 for the 17th week in a row, establishing the song as the longest running No. 1 single since the chart’s inception.

The cultural phenomenon that is “Old Town Road” feat. Billy Ray Cyrus has completely taken over the internet, broken boundaries in the industry and has been the true underdog story of the year. The song first took flight on TikTok, with fans across the world posting videos dancing to the song and memes where they transform into cowboys. Propelled by many more viral moments and Lil Nas X’s charming, hilarious online presence, the song has completely raised the bar in a genre-less music environment. “Old Town Road” charges on to become the biggest song of all time.