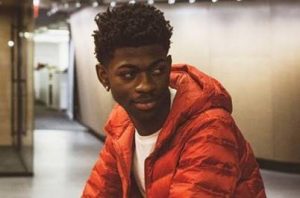 Breaking all of the rules (and then some) with his genre shifting single “Old Town Road,” Lil Nas X occupies space simultaneously on The Billboard Hot 100, Hot Country Songs, and Hot R&B/Hip Hop Songs Charts. He is the only artist to accomplish this since Billboard added Hip Hop to their charts. The single is officially available via Columbia Records.

While a trappy-rap song about cowboys coming from a teenager who was born and raised within Atlanta city limits may seem surprising to some, Lil Nas X has created a country trap song for the masses. He enters the same rarified space in culture where top superstars like Ariana Grande and Post Malone seamlessly experiment with any genre—hip-hop, country, and pop—and gain acceptance beyond bounds. Preconceived notions are tossed out of Lil Nas X’s world as he takes over multiple lanes. Reflecting that diversity, the audience, who has shown up in force, has spoken as countless fans have uploaded clips of their own countrification as part of the popular #YeeHawChallenge sound tracked by “Old Town Road” and its accompanying hashtag #oldtownroad. As a result, it has tallied well into the millions.