INCLUDES PLATINUM-SELLING FESTIVE FAVOURITE ‘ONE MORE SLEEP’ PLUS TWO NEW SONGS ‘KISS ME IT’S CHRISTMAS’ FEAT NE-YO, AND ‘IF I CAN’T HAVE YOU’ 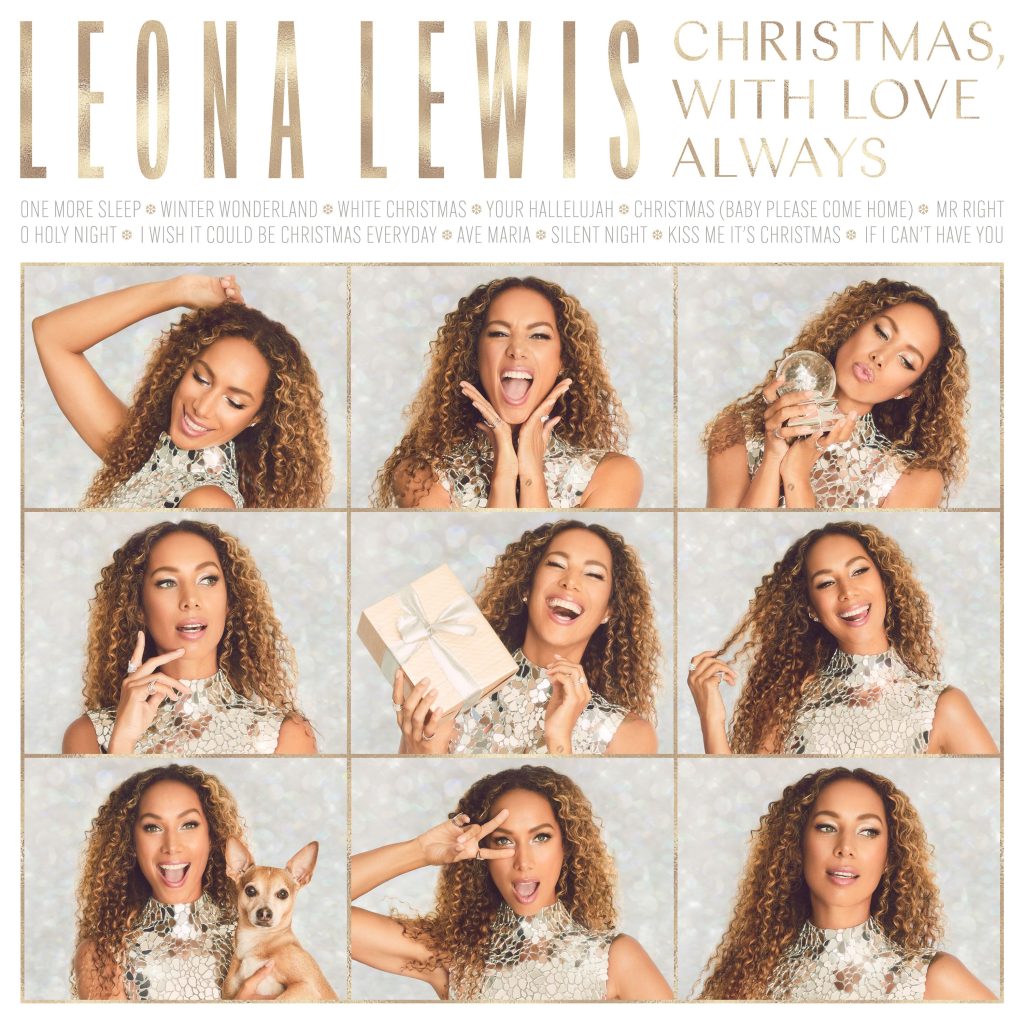 Record-breaking global sensation Leona Lewis has announced the special repackaged release of her 2013 studio album Christmas, With Love; Leona’s Christmas, With Love Always will be available via all digital streaming platforms, plus on vinyl, on November 19th 2021 via Sony Music. Pre-save/pre-order here.

The album will include the original festive track-listing as well as some highly anticipated new music. Brand new original song ‘Kiss Me It’s Christmas’, out today, is a Christmas smash-in-waiting, a gorgeous duet featuring Ne-Yo – listen here. The song was co-written by Richard “Biff” Stannard (Spice Girls). Christmas, With Love Always will also include an incredible cover of the Bee Gees disco classic ‘If I Can’t Have You’, reimagined into a stunning piano-strings ballad which showcases a powerhouse vocal of which Leona is renowned for worldwide.

2013’s Christmas, With Love is perhaps best known for its lead single ‘One More Sleep’, an original song which saw Leona break the record for the most Top 5 hits for a British female solo artist. Last year saw the platinum-certified festive hit have its biggest year since its 2013 release. It has featured consistently in the Top 10 streamed catalogue Christmas songs year-upon-year as a Christmas staple alongside the likes of Mariah Carey’s 1994 monumental smash ‘All I Want For Christmas Is You’. Official Charts Company hailed ‘One More Sleep’ – which was co-written by Lewis – as “a new Christmas classic”.

The 3-time GRAMMY and 7-time BRIT Award nominee this year celebrates 15 years since her iconic X Factor win; the now globally recognized artist won Season Three of the British talent show in 2006. Since her tremendous breakthrough, Leona has released five studio albums, including Christmas, With Love (2013). She’s had over 35 million albums sold worldwide, with her debut, Spirit, achieving the status of the best-selling debut album by a female artist in the 21st Century. Lead single ‘Bleeding Love’ (2007) reached #1 in 35 countries: claiming Leona’s position for seven weeks in the UK. The song later became the best-selling single of 2008 worldwide and has now been streamed 2 billion times!

This November/December will see the Leona play a major arena tour with Gary Barlow as his “Very Special Guest”, with 16 dates across the UK. Tickets available via Ticketmaster and Gigs and Tours.

I Wish It Could Be Christmas Everyday

If I Can’t Have You 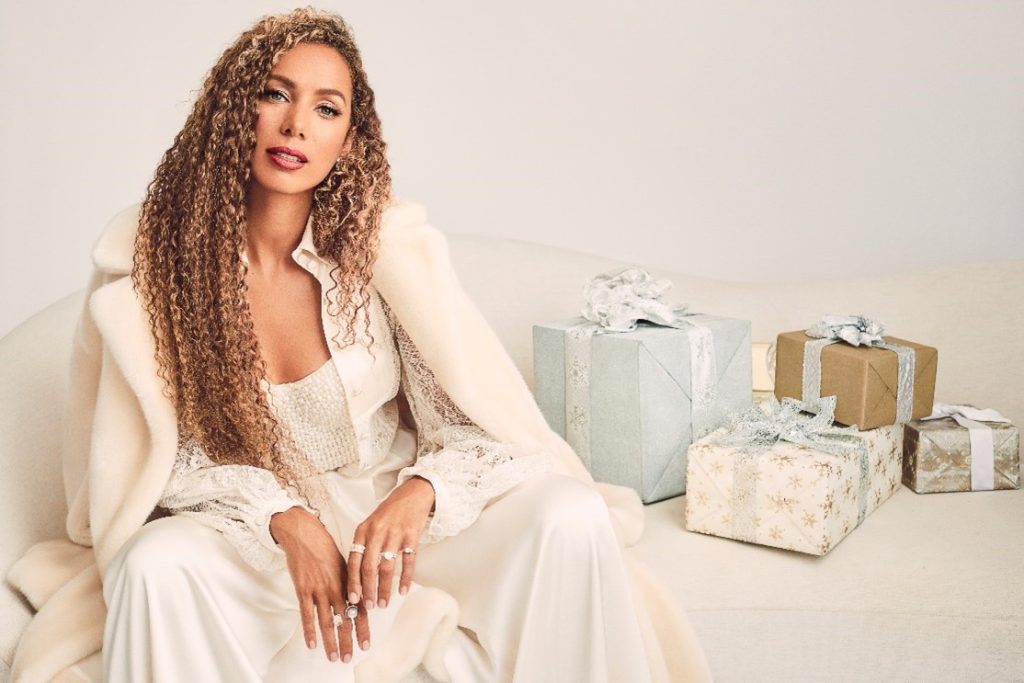 British global singing sensation Leona Lewis has sold over 35 million records worldwide. The singer/songwriter – who is also an actress and philanthropist – reached #1 in over 35 countries with her hit single ‘Bleeding Love’. A vocal powerhouse who is renowned for her vocal range and ability, Lewis is a 3-time GRAMMY Award nominee, 7-time BRIT Award nominee, MTV VMA and World Music Award winner, and has been nominated for MTV EMAs and Billboard Music Awards. Lewis became the first British female solo artist to top the US Billboard 200 album chart in more than 20 years with her debut album Spirit. Alongside her impressive music career, Leona is an extremely passionate humanitarian and animal rights activist working with organisations such as The Prince’s Trust, RED, MTV Staying Alive, Teenage Cancer Trust, Sports Relief, WWF, Humane Society, World Animal Protection and the sanctuary she herself runs: Hopefield Animal Sanctuary. 2016 saw Leona nominated for a CMT Award and recognised with the Music Pioneer Award at the United Nations Women’s Entrepreneurship Day. She made her Broadway debut in Andrew Lloyd Webber’s CATS playing the highly prestigious role of ‘Grizabella’, performing the world-famous song ‘Memory’. In 2018 Leona joined up with Calum Scott on ‘You Are The Reason’. The song is certified GOLD in the US with over 377 million video views and 110 million streams. Leona’s first regular role in a TV series came in 2019 with SONY Crackle in the 50 Cent executive produced ‘The Oath’, filmed in Puerto Rico. In the same year Leona reunited with superstar songwriter/producer Ryan Tedder, reaching #1 on the US Latin pop and Latin digital song sales charts with ‘Solo Quiero (Somebody To Love)’ featuring Juan Magán and Cali Y El Dandee. Leona was recently announced as Patron of Hackney Empire, and will release Christmas, With Love Always, a special repack of her highly successful 2013 festive album Christmas, With Love, this November. Recently announced, Leona will be a judge on the upcoming, first-of-its-kind global singing competition from the makers of RuPaul’s Drag Race (World of Wonder) – Queen of the Universe – alongside Vanessa Williams, Michelle Visage and Trixie Mattel.