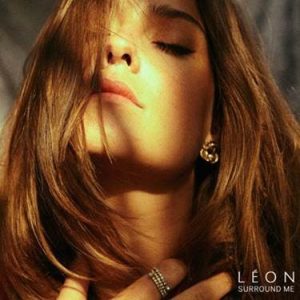 (July 11, 2017) – Singer/songwriter LÉON has released a captivating new track “Surround Me” today – listen HERE. The song is available now at the above DSPs.

“‘Surround Me’ is a song that I wrote very recently, and it turned out to be one of the few songs I have that isn’t about an aching heart. It’s about feeling free and letting go in the heat of the moment,” LÉON says. “I feel like everyone’s been in a situation where you’ve decided to stay home alone, but then something happens and you change your mind and end up having the craziest night out. And getting strange, but great memories.”

LÉON has also announced she will embark on her second North American headline tour this fall. Following performances at Lollapalooza, Bumbershoot and Meadows Festival this summer, LÉON will bring her live show to 18 major markets across the country including Toronto, Vancouver, Houston, Los Angeles, Denver, Chicago, Boston and more.

Lotta Lindgren aka LÉON first became known for her debut single “Tired of Talking,” which is featured on her debut EP Treasure. The song went straight to #1 on Hype Machine and received critical praise from GLAMOUR, InStyle, Noisey, PAPER, NYLON and more. The song has since captured over 50 million streams on Spotify and also received a remix treatment from A-Trak & Cory Enemy, which FADER called “extremely catchy” and Entertainment Weekly named one of ‘10 under-the-radar songs from emerging artists who deserve your attention.’ In March of this year, LÉON released her stunning sophomore EP, For You. The 4-song EP features title track “For You,” along with irresistible gems “Sleep Deprived,” “Liar” and “Think About You.”

“Whether it’s her poignant and relatable lyrics…or the beautifully husky texture of her incredible vocals, there’s some sort of magic taking place within everything LÉON touches.” – V Magazine