APPEARED ON TIKTOK AS PART OF THEIR BLACK HISTORY MONTH PROGRAM 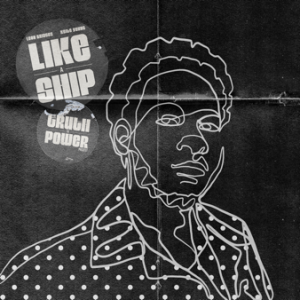 Leon recorded this track as part of the Truth To Power Project, a Texas-based initiative and creative endeavor. Working alongside established local non-profits that are engaged in reshaping and creating opportunities through black leadership in their community, the Truth to Power Project also raises funding to highlight independent Black-owned businesses in the greater Dallas Fort Worth (DFW) Metroplex. Leon, who is from Fort Worth, has a long history of supporting the Texas music scene as well as greater DFW community, making for a perfect fit.

Dallas-based Eastwood Music Group, alongside Dallas Mavericks and FirstCom Music (Universal Music Production Group) has curated a “Soundtrack for Empowerment” featuring artists across multiple genres, which will ultimately help raise funds and awareness for the Truth To Power Project. A Triple LP of their work, including Leon Bridges & Keite Young – “Like A Ship”, will release on Record Store Day in June 2021.

Leon Bridges & Keite Young – “Like A Ship” is one of many recent independent releases from Leon Bridges including his critically acclaimed meditation “Sweeter” which he performed at the Democratic National Convention; “Inside Friend” with his longtime friend John Mayer; Texas Sun, a collaborative EP with Khruangbin and lastly his feature on Noah Cyrus’s “July”.