LEON BRIDGES AND LUCKY DAYE RELEASE R&B TRACK “ALL ABOUT YOU”; LISTEN HERE 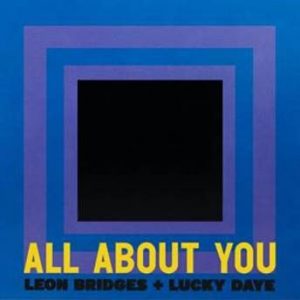 Today, Grammy Award winning R&B artist and songwriter Leon Bridges and Lucky Daye release “All About You”. The sweet yet sensual, 90’s R&B inspired R&B jam was produced by Leon’s longtime collaborator Ricky Reed, and was recorded during a chance studio encounter between the two artists in Los Angeles. Listen to “All About You” here.

Regarding “All About You,” Leon says, “For this song, we set out to bring back the energy of some of the 90’s R&B greats we grew up listening to. The way Lucky and I met was completely organic. One night when I was out on the town in LA I ran into a friend of Lucky’s who suggested that we should collaborate. I was totally down but wanted our connection to be natural and chill. The day after, I was in the studio and Lucky randomly shows up. I grabbed my guitar and we tossed around some melodies and lyrics and “All About You” was born.”

Adds Ricky, “It was the last day of our session. We weren’t even trying to write anything, just finish up a tune. Then we got word Lucky was pulling up. When they first met in the studio kitchenette Leon was already holding a guitar, playing the chords. Lucky started singing, we dragged a mic over by the sink and started capturing. I fired up the drum machine. Song was done about 2 hours later. Never seen anything like it from two strangers, now friends.”

As both Leon and Lucky are visual artists, “All About You” was released with an official music video. Watch the LAMAR+NIK directed music video here. LAMAR+NIK brought “All About You” to life using a stop-motion technique known as Stratastencil. All 4,500 frames of video were printed, hand-cut and photographed frame-by-frame to achieve the tunnel effect seen throughout the video. 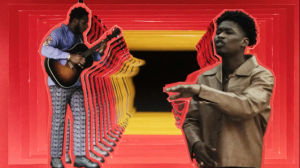 Prior to the release of “All About You,” Leon released the song “Sweeter” which he performed at the Democratic National Convention. Listen to “Sweeter” here. Prior to that song, Leon Bridges teamed up with John Mayer for “Inside Friend”; listen here. Leon Bridges can next be seen on NBC’s The Voice; watch his interview with Kelly Clarkson on Access Hollywood here. 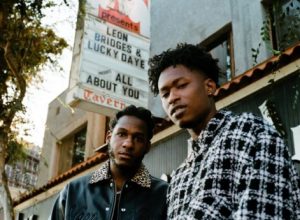 Listen to “All About You”: