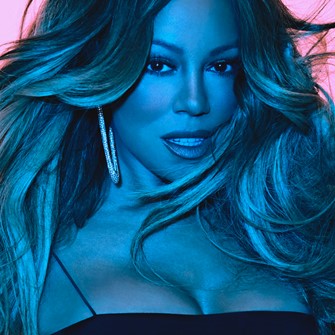 Earlier this week, she revealed November 16th as the release date for her anxiously awaited 15th full-length studio album, Caution. The digital pre-order just went live, and it unlocks immediate grat downloads of “The Distance,” recent single “With You,” and the first teaser track “GTFO.”

The pre-order and exclusive new Caution merch are available at her official D2C store HERE.

“The Distance” sees Carey spread her wings yet again. The track’s expansive production builds in cinematic fashion as a pep rally chant roars in the background. Soon, the singer’s immense vocals take hold, delivering yet another legendary chorus befitting of her canon. Meanwhile, West Coast R&B titan Ty Dolla $ign lays down a smooth cameo as the perfect counterpoint.

The new song arrives hot on the heels of her new single “With You.” She initially debuted “With You”with a powerhouse performance at the American Music Awards. Of the performance, People wrote, “Mariah Carey brought the house down.”  Meanwhile, Vulture claimed, “Mariah Carey has been turning out work at the top of her game.” Already, “With You” has clocked over 2.3 million Spotify streams and 2.7 million YouTube views.

Meanwhile, “GTFO” remains a phenomenon in its own right with 5.1 million Spotify streams and 5 million YouTube/VEVO views. Rolling Stone fittingly described it as “an understated new pop gem with a crystal clear message,” Elle called it “another sultry mid-tempo addition,” and People put it best, “a sultry track – on that perfectly embodies Carey’s ‘I don’t know her’ attitude.”

Caution…Mariah Carey is back and better than ever.

Mariah Carey is the best-selling female artist of all time with more than 200 million albums sold to date globally and 18 Billboard Hot 100 #1 singles (17 self-penned), more than any solo artist in history. Mariah is a singer/songwriter/producer recognized with multiple Grammy Awards, numerous American Music Awards, Billboard’s “Artist of the Decade” Award, the World Music Award for “World’s Best-Selling Female Artist of the Millennium,” and BMI’s “Icon Award” for her outstanding achievements in songwriting, to name a few – with her distinct five-octave vocal range, prolific songwriting, and producing talent, Mariah is truly the template of the modern pop performance. Mariah’s ongoing impact has transcended the music industry to leave an indelible imprint upon the world at large.  She made her entry into the world of independent film with her landmark performance in “WiseGirls” starring alongside Academy Award winner Mira Sorvino and Melora Walters. In 2009, Mariah was recognized with the Breakthrough Performance Award at the Palm Spring International Film Festival for her critically acclaimed role in Lee Daniels’ “Precious.” Mariah went on to appear in Daniels’ stellar ensemble piece “The Butler” (2013). A Congressional Award recipient, Mariah has generously donated her time and energy to a range of philanthropic causes near to her heart including Save the Music, the Make-A-Wish Foundation, World Hunger Relief, and the Elton John AIDS Foundation, among many others. A tremendous supporter of children’ charities, both domestic and international, Mariah founded Camp Mariah in partnership with the Fresh Air Fund, a retreat for inner city children to explore career development.  Mariah is represented by Roc Nation, United Talent Agency and Imprint PR.