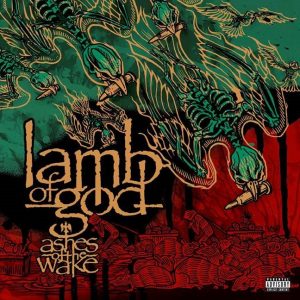 To commemorate the 15th anniversary of their classic album, Ashes Of The Wake, heavy rock icons LAMB OF GOD are pleased to announce that the album is set to be re-released on double-vinyl with four non-LP tracks, including the B-Side “Another Nail For Your Coffin” and three previously unreleased demos. Ashes Of The Wake – 15th Anniversary Edition double-vinyl will street on May 3, 2019.

Each double-vinyl will include a download card, and is manufactured on limited Green Smoke vinyl for the LAMB OF GOD store only! Additional retailers will carry standard black vinyl.

Pre-order the standard vinyl, download and streaming versions of Ashes Of The Wake – 15th Anniversary Edition now via HERE

Guitarist Mark Morton states, “This year, LAMB OF GOD will celebrate the 15th anniversary of the release of our third studio album, Ashes Of The Wake.  As I recall that moment in time, it was a pivotal point for our band. We were transitioning from the relative comfort of an underground scene that we felt confident and natural in, to a much higher profile with higher stakes and more critical eyes upon us.  It was our first release on a major label and our first to be aggressively marketed through mainstream channels. I remember feeling a mixture of pressure and confidence, along with a pervasive uncertainly as to whether our brand of bottled insanity would translate to a larger audience. Ultimately, I think our biggest strength in that situation was that we never let pressure, expectation or the potential for failure effect our creative process. We stepped up our collective focus and concentration to rise to the occasion, but we stuck together and stayed true to our identity, artistically and otherwise. That tunnel vision approach to our creative process is part of our DNA as a band. I believe it’s a large part of what keeps us honest and motivated to this day.

For Ashes Of The Wake to be remembered and celebrated 15 years later is a true honor. I think I can speak for all of us when I say that it is incredibly special to know that these songs have touched people’s lives in a positive way and that they are still relevant so many years later. Thanks to all of our fans for an incredible ride so far… and cheers to the years to come!” 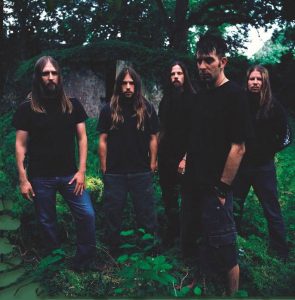 LAMB OF GOD are currently gearing up to support headlining legends Slayer on the Leg 5: North America portion of their final world tour, beginning May 2 at the Ak-Chin Amphitheatre in Phoenix, AZ. The tour will culminate at the Xfinity Center in Mansfield, MA on May 25. LAMB OF GOD, Amon Amarth and Cannibal Corpse will support Slayer on all Leg 5: North America dates.

LAMB OF GOD is also scheduled to perform at Domination Mexico Festival in Mexico City on May 4 and Sonic Temple Festival, taking place at MAPFRE Stadium in Columbus, OH on May 18.

The band will begin a run of European festivals and headline dates on June 13. For dates and info visit http://lamb-of-god.com/tour.

ABOUT LAMB OF GOD:

Richmond, VA natives LAMB OF GOD are one of heavy music’s most successful and uncompromising bands.  When the band’s first major release, New American Gospel, was released in 2000 it was immediately touted as a classic within the genre. AllMusic stated it best, “The essential signatures of post-Pantera metal are in abundance on Lamb of God’s inaugural album. New American Gospel provides a mighty oak upon which gritty American metal’s faith is maintained, effectively bridging the ’90s’ insistence upon drill-sergeant technicality and the old school’s determined focus on riff construction.”

Some predicted a sophomore slump – that no band could top a debut album so strong.  They were proven wrong, with the release of 2004’s Ashes of the Wake, an album that not only exploded stateside (certified Gold by RIAA) but also saw the spread of LAMB OF GOD to all corners of the world.  The band’s first DVD, Killadelphia, followed shortly after and was certified Platinum.  Then, with Sacrament (Album, 2006, #8 debut on the US Billboard Hot 200), LAMB OF GOD were honored with a Grammy nomination for the track “Redneck”, which would be the first of five Grammy nominations for the band to date. Next came Walk With Me In Hell (DVD, 2008) and then the band’s fourth album Wrath in 2009, which debuted at #2 on the Billboard Hot 200 Chart, and then Resolution, which debuted at #3. Shortly after the release of Resolution, vocalist Randy Blythe was arrested in Prague, and spent 30 days in jail on a charge for which he was later acquitted (and lead to Blythe’s bestselling memoir, Dark Days, as well as the film As The Palaces Burn).  After regrouping, LAMB OF GOD lost no ground with their latest full-length album, VII: Sturm Und Drang, the album was #3 in the US, #1 in Canada, #2 in Australia, #3 in Finland, #7 in UK, #12 in Germany and #13 in Japan, and #13 in Netherlands. “Overlord”, the first single from VII: Sturm Und Drang, achieved a new milestone for the band when it reached the Top Thirty of US Active Rock Radio Chart (Mediabase).  In late 2016, LAMB OF GOD paid tribute to late, longtime fan and friend Wayne Ford with the release of The Duke EP, which raised funds and awareness for the Leukemia and Lymphoma Society. The EP release coincided with a charity campaign offering personal items such as Blythe’s Ashes Of The Wake Gold plaque, signed signature model guitars, handwritten lyrics and more.

Since inception and through it all, LAMB OF GOD’s consistent and unwavering commitment to their music – and their fans – has kept them a critical and fan favorite worldwide, selling millions of albums and tickets around the world.