“WOKE UP IN LOVE” 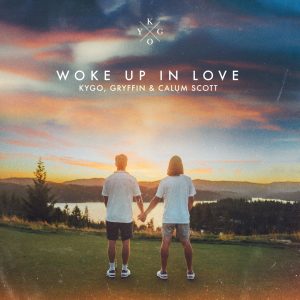 (September 9, 2022) – Global superstar, producer, and DJ Kygo teams up with fellow producer and electronic artist Gryffin and multi-platinum British singer/songwriter Calum Scott for their new single “Woke Up In Love,” out now via RCA Records. The upbeat, sonically lush production is propelled by Calum’s melodic vocals and explores the raw emotions of healing and self-love after heartbreak. Listen HERE.

The release of “Woke Up In Love” is the latest from Kygo, who earlier this year teamed up with dance-rock group DNCE to release their vibrant, funk-fueled single “Dancing Feet,” followed by the sweeping and cinematic “Freeze” along with a two-track bundle with Dean Lewis, featuring the emotive “Lost Without You” and “Never Really Loved Me.”

Through his lifestyle brand Palm Tree Crew, Kygo returned to The Hamptons over the summer for the second Palm Tree Festival, which saw performances from Kygo in addition to Disclosure, Claptone, Thomas Jack, Forester, and Haywood. Kygo will continue his ongoing residencies at XS Nightclub and Encore Beach Club in Las Vegas this month along with a headlining performance at Life is Beautiful. This fall sees Kygo playing his first headlining show in New York City since 2018 at Madison Square Garden on October 6, in addition to heading out on the road on his South American tour. 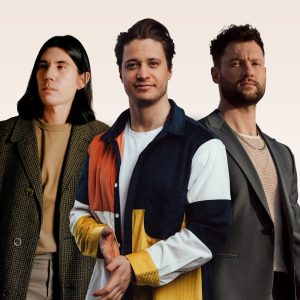 Whether behind the piano in his studio or headlining a sold-out festival, Kygo quietly reaffirms his status as a prodigious talent, forward-thinking producer, dynamic DJ, and influential global superstar. The Norwegian musician born Kyrre Gørvell-Dahll first introduced himself in 2013 and quietly became one of the most ubiquitous hitmakers in the world. Amassing 23 billion cumulative global audio and video streams by 2022, he has broken numerous streaming records. Kygo earned one of his biggest hits with the multiplatinum “It Ain’t Me” (feat. Selena Gomez), going Top 10 on the Billboard Hot 100 and clocking over 2.9 billion streams worldwide. In 2019, Kygo unleashed “Higher Love” with Whitney Houston and generated another 1.4 billion combined streams/views worldwide and peaked at #1 on Dance Radio in addition to leaving his imprint on a classic. He heralded his 2020 critically acclaimed third full-length album Golden Hour [Sony Music International/Ultra Records/RCA Records] with the anthems “Like It Is” (feat. Zara Larsson & Tyga), “Lose Somebody” (with OneRepublic), and “I’ll Wait” (feat. Sasha Alex Sloan). The album has garnered over 2.5 billion streams worldwide. Following Golden Hour, Kygo released his remix of Tina Turner’s “What’s Love Got To Do With It” and Donna Summer’s “Hot Stuff” to rave reviews.

Since first breaking onto the global scene, Gryffin has cemented his status as one of the most crowd-thrilling and forward-thinking producers in the dance/electronic world. Along with delivering a steady stream of smash singles (including platinum-certified hits like “Tie Me Down” ft. Elley Duhé) and making his full-length debut with Gravity (a 2019 release that quickly shot to #1 on Billboard’s Dance/Electronic Albums chart), the Los Angeles-based multi-instrumentalist has earned his name as an unforgettable live act, endlessly tapping into the sophisticated musicality he’s honed as a classically trained pianist and longtime guitarist. As he continues his massively successful residency at The Wynn’s Encore Beach Club and XS Nightclub in Las Vegas, Gryffin now returns with his hotly anticipated sophomore album Alive and a national headlining tour, including stops at such legendary venues as Red Rocks Amphitheatre and Los Angeles State Historic Park—an auspicious constellation of events sure to make 2022 his biggest year yet. In a departure from the future-bass-leaning aesthetic of Gravity—an acclaimed project whose standout tracks include the gold-certified “All You Need to Know” with SLANDER ft. Calle Lehmann—Alive embodies a more euphoric and dance-ready sound without sacrificing any of the raw emotion that makes Gryffin’s music so beloved. As Gryffin’s most sonically eclectic work yet, Alive finds the Bay Area-bred musician working with a dynamic lineup of collaborators: GRAMMY®-nominated alt-rock/pop band OneRepublic, Danish electro-pop icon MØ, R&B singer/songwriter Tinashe, and indie-pop phenom Olivia O’Brien, to name just a few. “This album’s a really great combination of artists I’ve wanted to work with for a long time and artists I’ve worked with for years and feel a strong connection with,” says Gryffin, whose repeat collaborators include Maia Wright and Calle Lehmann. “In both cases it’s been amazing to work with people who have a very specific vision, and to figure out how to bring that to life while retaining my own vision at the same time.” Born Dan Griffith, he first discovered his musical side by taking up piano at age seven and later learned guitar, playing in several bands throughout high school. While studying electrical engineering at the University of Southern California, he taught himself production and soon gained attention for his ingenious remixes of songs like Years & Years’ “Desire,” eventually inking a deal with Interscope Records. In 2016, he broke through with two singles showcasing his deeply melodic take on dance music: “Heading Home” ft. Josef Salvat (which shot to #1 on Spotify’s US and Global Viral charts) and the gold-certified Bipolar Sunshine collaboration “Whole Heart.” Scoring his first platinum record with 2017’s “Feel Good” (with Illenium and featuring Daya), Gryffin continued making waves with hits like “Remember” ft. Zohara (a cut from Gravity that amassed 6.5 million streams in its first few weeks alone).

With the arrival of his 2018 debut album Only Human, British singer/songwriter Calum Scott landed at No. 1 on the iTunes album chart in over 20 countries around the world, amassing over 10 billion total global streams and counting. Now certified platinum or gold in over 50 countries, Only Human includes his platinum-selling smash “You Are The Reason,” a track that cracked the top 25 on Spotify’s US Viral 50 and hit the top 10 on iTunes single charts in 38 countries. The album also features Calum’s stripped-back, 3x platinum-certified cover of Robyn’s “Dancing On My Own,” which earned a Brit Award nomination in the category of Best British Single.  His first new music since Only Human, Calum’s track “Biblical” marked an exciting evolution of his artistry, infusing even more raw emotion into his soulful and timeless sound. The piano-laced ballad is the first song released from Calum’s sophomore album Bridges out now.  Bridges also features the recent singles, “Heaven” (a breathtaking tribute to living in the moment by surrendering to love), “If You Ever Change Your Mind” (a bittersweet but empowered piece produced by Greg Kurstin), and “Rise”.  Over the last few years, Calum’s songs have appeared on countless TV shows (including “American Idol,” “The Voice,” “So You Think You Can Dance,” “Grey’s Anatomy,” and many more). His television performances include “Late Night with Seth Meyers,” “Ellen,” “Good Morning America,” “Live with Kelly and Ryan,” “Dancing With The Stars,” “The TODAY Show,” and “The Late Late Show with James Corden,” among others. In addition, Calum has garnered acclaim from outlets including Billboard (who hailed his “stunningly pure voice”), The Huffington Post (who stated that “Scott makes an impressive splash…compelling”), and Ones to Watch (who noted that Calum’s music “elegantly transforms pain into beauty”).