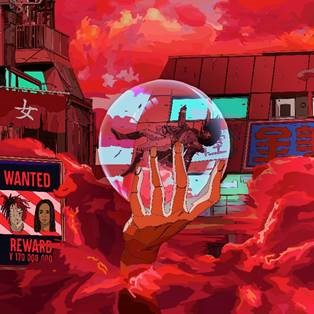 Known for her creative fearlessness, the chameleon-like rapper makes another bold leap forward with the new song. Produced by OZ (Drake, Travis Scott, Khalid) and Jacob Reske, the menacing track finds Kodie Shane and Trippie Redd reunited once again for another unforgettable collaboration. A follow up to their 2016 song “Love & Drugz,” the track’s haunting, auto-tuned wails transform into a hazy hip-hop confessional over a chill soundscape that breaks new ground for Shane as a rapper and lyricist, while taking the duo’s creative chemistry to new, dizzying heights. The song is the first taste of what is to come on Shane’s upcoming Epic Records debut studio album, due later this year.

One of Atlanta’s freshest and fiercest voices, Kodie Shane has quickly become a unanimous fan and critical favorite. Kodie offers a fresh take on Hip Hop and Pop, with tightly-wound rhymes, clever lyrics and ear-worm melodies over buoyant, genre-blurring beats that have become her calling card. Across 2016 and 2017, Kodie Shane made a name for herself by serving up a series of hits and critically adored projects. 2016’s debut EP Zero Gravity includes the fan-favorite “Sad” [feat. Lil Yachty], which generated millions of Spotify streams, followed by the runaway success of “Drip On My Walk.” Shane spent 2017 creating even more music, with the ten-track Big Trouble Little Jupiter mixtape and seven-track Back From The Future EP.

Across her releases, Shane has garnered praise from The Fader, Pitchfork, Complex, Noisey, Vogue, Pigeons and Planes, Paper, Nylon, W Magazine, Interview Magazine, Mass Appeal and more, with Billboard recently calling her one of 2018’s biggest Pop Stars to watch. Most recently, she covered Teen Vogue’s coveted 21 Under 21 Most Influential issue and Galore’s Spring 2018 Music issue. The budding star has also drawn rave reviews on the stage, having spent much of the past few years on the road, headlining shows around the world as well as opening for the likes of Lil Yachty, Lil Uzi Vert, The Internet, Jhene Aiko, Snakehips, Billie Eilish and more.  With her debut album due imminently, Kodie Shane has become the most exciting new artist to watch in 2018.