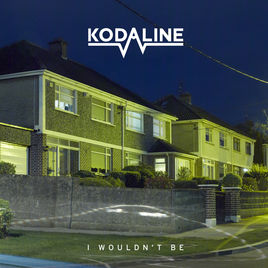 Ahead of their run of four UK dates in December Ireland’s prodigal sons, Kodaline, announce the I Wouldn’t Be EP (B-Unique/Sony) featuring four brand new tracks written by the band and recorded at The Vale Studios in Worcestershire.

Like their stunning single “Brother”, released earlier this year, the collection of songs on the I Wouldn’t Be EP showcases the band’s ability to straddle genres while retaining a strong sense of identity and ranks among their best work. The title track sees the band harmonising perfectly reminiscent of Bon Iver, while the anthemic “Ready To Change” and indie-pop of “The Riddle” are sure to become live favourites.

After their set at Glastonbury and intimate show at London’s Omeara, Kodaline will play the following December dates, with final tickets on sale now:

The new album will be the first full-length release since 2015’s Coming Up For Air, which went Gold in the UK. The band’s debut album, In A Perfect World has sold over a million copies worldwide and imprinted itself on the nation’s consciousness with streaming figures well into the 100s of millions. On Vevo the band’s videos have had over 200 million views, and they have sold over a million singles.

Kodaline will release their new album early in 2018.