Kodaline Are Back!! Brand New Single ‘Brother’ Out Now 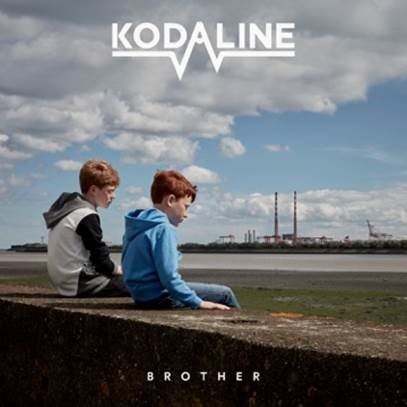 Ireland’s prodigal sons, Kodaline, make a most welcome return with the stunning “Brother” out now on RCA Records, a song that easily sits among their very best. It’s the sound of a band comfortable in their own skin while confidently pushing traditional boundaries.

For the video Kodaline have teamed up their long-time collaborator, director Stevie Russell (“All I Want”, “High Hopes”, “Honest”), who has created an incredibly moving and soon to be, classic Kodaline video. Be warned, you might need some tissues at the ready after you watch it. Watch “Brother” here.

Speaking about the video the band say; “It was such a pleasure to work with Stevie again, every time we read one of his scripts they jump right off the page. We can’t wait for everyone to see what he’s done for Brother, he really captured the perfect vibe again”

Singer Steve Garrigan’s vocals have never sounded so passionate. Nor has the band ever sounded so fresh. Produced by Steve Harris and Two Inch Punch, with long-time collaborator Johnny McDaid (Snow Patrol) executive producer, “Brother” is mixed by Spike Stent. It’s the first addictive taste from their forthcoming new album and has anthem written all over it.

Last year Kodaline featured on Kygo’s 2016 global smash ‘Raging’and they’ve taken a more electronic approach to some of the songs on their new album to dazzling effect.

This will be the first collection of new music since 2015’s Coming Up For Air, which went Gold in the U.K. The band’s debut album, In A Perfect World has sold over a million copies worldwide and imprinted itself on the nation’s consciousness with streaming figures well into the 100s of millions. On Vevo the band’s videos have had over 200 million views, and they have sold over a million singles.

Kodaline play Glastonbury, the Other Stage, at 4:15pm on Sunday June 25th.

Last week they announced a special one-off show on July 3rd at London’s Omeara that sold out within hours of going on sale.