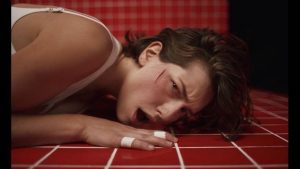 “PAIN,” produced by King Princess with Mark Ronson, Shawn Everett and Mike Malchicoff, was praised by Stereogum as “one of those songs made up of sounds that you’ve heard before, but the way they’re mashed together and refracted through Straus’ immaculate production makes them sound comforting and brand new,” while HYPEBAE declared, “With a rhythmic base and fun beats and melody combined with King Princess’ raspy and pop-heavy voice, the singer is back with her signature unique sound.”

The track follows King Princess’ first new music of 2020, “Only Time Makes It Human,” which arrived alongside a video by Quinn Wilson and 3D artist Pastelae and was later remixed by The Blessed Madonna, Kitty Ca$h and Yoseppi.