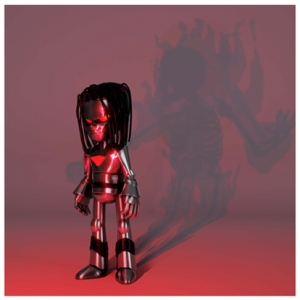 Get it HERE at all DSPs and watch the official music video HERE.

On the WondaGurl-produce track, KILLY cuts loose over ominously intense production. He tears into bold and braggadocious lines like, “Don’t ask me no questions. I’m thumbing through these hundreds,” before confessing, “I can’t trust nobody.” The flow oscillates between an incisive cadence on the verses and soaring power on the hook. Awash in colorful glitchy filters, the accompanying video intercuts various claustrophobic close-ups of KILLY bathed in hues of light before lasers blast from his sunglasses. It mirrors the unpredictability of the song.

Opening up the floodgates, “TRUST NOBODY” bulldozes the path for a new mixtape, due imminently. He recently set the stage with the incendiary banger “PYRO,” which quickly amassed over 1 million streams and 1 million views on the music video. Additionally, he paired the song with an NFT that unlocked the title and cover art. It only lit the flame though…

Get ready for KILLY to burn brighter than ever in 2021.