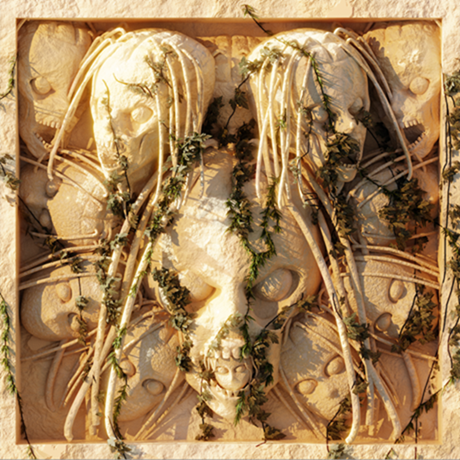 (May 28, 2021 — New York, NY) After a string of recent bangers, hip hop maverick KILLY unloads a new mixtape entitled KILLSTREAK 2 today. Get it HERE at all DSPS via Epic Records.

He bulldozed the way for the project with “PYRO” and its Remix [feat. Scarlxrd], “TRUST NOBODY” and, most recently, “RICK BOOTS.” Of the latter, Complex claimed, “The track sees the MC continue his hot streak.”

The 15-song project has no shortage of heat in the chamber, and includes production work from names like WondaGurl, FREAKEY!, OMAR GUETFA and A.D. The Carnage-produced “MOONWALK” feat. Yung Bans rides anxious 808s and ominous bass through warbling verses before KILLY promises to “Hit the moonwalk.” Elsewhere, “LOVE PRISON” feat. Dancehall disrupter Tommy Lee Sparta, one of KILLY’s biggest influences, echoes with raw pain over cataclysmic production. The psychedelic “REALLY DECEASED” spirals out into displays of high-pitched vocal fireworks, while “DETOX” highlights his hummable flows. Then, there’s “EAT YOU ALIVE.” Airy keys puncture the space between a haunting invitation, “Don’t you want to cross to the other side? Don’t you want to live in paradise? Demons they gonna eat you up alive.”

Meanwhile, a striking piece of original art adorns the cover. A sculpture of KILLY’s iconic avatar conjures ancient myth as vines nearly choke the stone. It stands out as his most evocative artwork yet.

KILLSTREAK 2 continues a tradition for KILLY. In 2018, he unleashed the original WondaGurl-produced KILLSTREAK EP. Most importantly though, the sequel hints at much more to come from the otherworldly rap upstart as he’ll unveil a new project later this year.

Tracks from KILLSTREAK 2 have already posted up over 2 million YouTube views and 3 million streams prior to release. Spreading excitement for KILLY’s next move, HotNewHipHop raved; “Over the past four years, KILLY has delivered a plethora of hits to his fans and with each project, he only gets better.”

KILLY shows no signs of stopping or slowing down, either.  He recently announced a European tour for the Fall of 2021, kicking off September 17 in Madrid, Spain and culminating on October 12 in Hamburg, Germany. For full routing and tickets visit killy.co/TOUR.

The KILLSTREAK doesn’t relent in 2021.