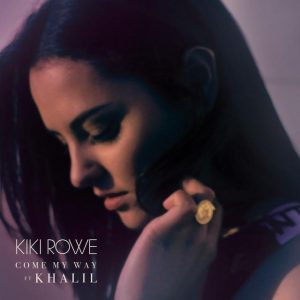 California-native, Khalil, and Kiki are shooting a video for “Come My Way” later this month in Toronto. The video will be directed by Aaron A (Majid Jordan, Nelly Furtado, Alessia Cara), and set to premiere early this summer.

Growing up in Mississauga, Kiki Rowe was drawn to poetry from a young age. Combined with her training in classical piano, Kiki’s love of words merged with her love of music and she began songwriting in her early teens. In October of 2014 Kiki released her first self-titled mini-album, which featured all original songs and collaborators with the likes of DJ Mustard, ASTR, and Ivan Barias. Kiki’s music has been featured on Billboard, Complex, Fader, Noisey, Entertainment Weekly, Boi-1da.net, Jay Z’s Life + Times and more. Her debut single “Trust Issues” gained her critical acclaim and recognition as “One to Watch” by several media outlets and has now amassed over 1 million streams globally.