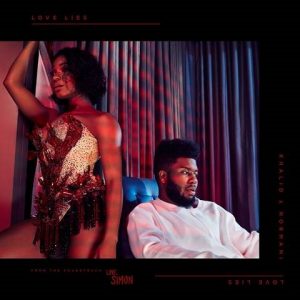 (Los Angeles, CA)—Today, Platinum-selling singer-songwriters Khalid and Normani team up to release “Love Lies”. Khalid and Normani’s close friendship and mutual artistic admiration for each other led them to the studio together where they co-wrote “Love Lies”, which is their first creative collaboration as well as Normani’s first solo endeavor. The song is the second single off of the soundtrack for the forthcoming 20th Century Fox film Love, Simon, which will be released on March 16th via RCA Records and is available for pre-order now at all digital retail providers. “Love Lies” will also be available as instant grat for those who pre-order the album. See full track listing below.

About Love, Simon
Everyone deserves a great love story. But for seventeen-year old Simon Spier it’s a little more complicated: he’s yet to tell his family or friends he’s gay and he doesn’t actually know the identity of the anonymous classmate he’s fallen for online. Resolving both issues proves hilarious, terrifying and life-changing. Directed by Greg Berlanti (Dawson’s Creek, Riverdale), written by Isaac Aptaker & Elizabeth Berger (This is Us), and based on Becky Albertalli’s acclaimed novel, LOVE, SIMON is a funny and heartfelt coming-of-age story about the thrilling ride of finding yourself and falling in love.

20th Century Fox is releasing Love, Simon in theaters nationwide on March 16th, 2018. The soundtrack for the film is executive produced by Bleachers’ Jack Antonoff.

About Khalid
Five-time GRAMMY® nominated artist Khalid released “Location” before his high school graduation and it garnered over 1.52 million plays in less than two months, which led to his major label deal with Right Hand Music Group/RCA Records.  Khalid’s debut album, American Teen, has received mass critical acclaim with praise from The New York Times, TIME Magazine, Billboard, NYLON, and many more. Billboard stated, “…effortlessly excellent…the kid is still so young, but this body of work is beyond his years”.  Khalid has also performed on The Tonight Show Starring Jimmy Fallon, The Ellen DeGeneres Show, Good Morning America, The Late Late Show With James Corden, Jimmy Kimmel Live!, The Late Show With Stephen Colbert, The Today Show, and at this year’s SXSW where he won MTV’s Woodie To Watch Award. Additionally, Khalid embarked on his first-ever headlining tour in both the U.S. and select European cities where he sold-out every single date before the album was even released. In addition to his own headlining tours, Khalid has toured with the likes of Lorde and Travis Scott. He has also been featured on a number of collaborative songs including mega hits “1-800-273-8255” with Logic and Alessia Cara, and “Silence” with Marshmello. Khalid has over one billion streams worldwide across all partners, and he is one of two solo teenagers to reach the top 10 on the Billboard 200 in the last 12 months. This summer, Khalid was the face of Forever 21’s Summer Digital Campaign, #F21xMusic, Men’s Line, and was named MTV Push: Artist to Watch for the month of July. He was nominated for a 2017 BET Award for Best New Artist, a Teen Choice Award for Choice R&B/Hip-Hop Song for “Location”, and a 2017 American Music Award for Favorite Song-Soul/R&B for “Location” where he also performed a show stopping mash-up of “Young Dumb & Broke” and “Thunder” with Imagine Dragons. Khalid also won Best New Artist at the MTV Video Music Awards, recently landed on the cover of Billboard’s 2018 Grammy® Preview issue, and is Grammy® nominated for Best New Artist, Song of the Year (“1-800-273-8255” – Logic Featuring Alessia Cara & Khalid), Best R&B Song (“Location”), Best Urban Contemporary Album (American Teen), and Best Music Video (“1-800-273-8255” – Logic Featuring Alessia Cara & Khalid).  Khalid’s “Location” is officially certified 2x Platinum by Music Canada, and his latest single “Young Dumb & Broke” is also certified 2x Platinum in Canada.

About Normani
Best-known as one of the four members in the multi-Platinum group Fifth Harmony, Normani explores a new musical direction on “Love Lies” with Khalid. Sonically and stylistically the song speaks to the direction of her personal style of making music. Fifth Harmony, the biggest girl group of this generation, formed in 2012 and has experienced worldwide success with three top 5 albums and multiple awards including four MTV Video Music Awards, two People’s Choice Awards, and an American Music Award.  Born in Atlanta, Normani grew up in New Orleans before moving to Houston at 9 years old with her family after Hurricane Katrina.  Always excited about music, Normani began dancing at the age of 3 and grew up idolizing entertainers like Janet Jackson, Michael Jackson, and Beyonce.  Inspired by her love for pop and R&B, “Love Lies” offers a closer look to Normani’s personal style as an artist.  Outside of the recording studio, Normani is the Global Ambassador to the American Cancer Society and works with A Place Called Home, lending her name and time to various events. She is also a Diversity Ambassador for The CyberSmile Foundation, a multi-award winning anti cyberbullying non-profit organization. Last year, Normani competed on season 24 of ABC’s Dancing with the Stars earning multiple perfect scores throughout the season, ultimately finishing in the Top 3 with her partner, Val Chmerkovskiy. 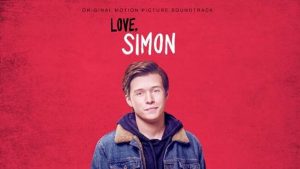 *DOES NOT APPEAR IN FILM

**VERSION DOES NOT APPEAR IN FILM