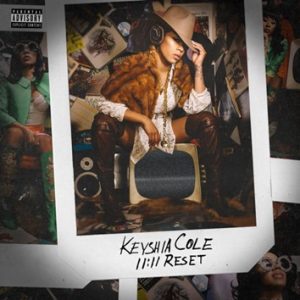 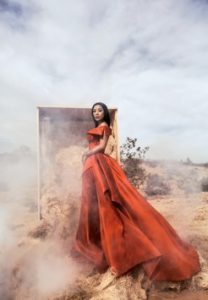 11:11 Reset sees Cole at her most impassioned, impactful, and inimitable led by the single “Incapable” and undeniable “Vault.” An eleven-track journey, DJ Khaled blesses the intro “Cole World” (Intro) with inspiring wisdom, kicking off the ride to follow. “Unbothered” showcases her fire and focus. On “You” [feat. Remy Ma & French Montana], her delivery becomes pure fire between a sassy cameo from Remy Ma and unshakable bounce courtesy of French Montana. “Act Right” [feat. Young Thug] sees her lock into an otherworldly harmony with Young Thug, while “Ride” [feat. Kamaiyah] revs right up and doesn’t look back.

Check out the full tracklsting below.

Just yesterday, Cole took the stage at The Wendy Williams Show for a show-stopping and stunning rendition of “Incapable.” Watch it HERE. Next up, she performs “Incapable” on the Love & Hip Hop Reunion 2 episode on Monday October 23.

This is the Reset, and this is Keyshia Cole’s time…

Flaunting with one of the biggest, boldest, and best voices of the 21st century, Keyshia Cole rose to the top of R&B upon arrival in 2005. To date, she has garnered four GRAMMY® Award nods, achieved five Top 10 debuts on the Billboard Top 200, earned three RIAA platinum-certified albums—The Way It Is [2005], Just Like You [2007], and A Different Me [2008]—and delivered a string of show-stopping and stunning signature smashes such as “Love,” “Let It Go,” and many more. Simultaneously, she remains an in-demand television star and personality with credits such as Keyshia Cole: The Way It Is, Keyshia & Daniel: Family First, and Keyshia Cole: All In. However, that voice gets a lot louder and livelier in 2017 with 11:11 Reset and a starring role on Love & Hip Hop: Hollywood.