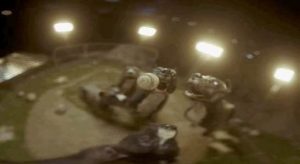 “The phrase “genre-bending” [has] never been used more appropriately than to describe the music of 25-year-old rapper Kenny Mason” – Jesica McKinny, COMPLEX

“Mason can deliver reflective raps at a steady pace, slip into mesmerizing chants, and dig deep for a high-pitched melody” – Alphonse Pierre, Pitchfork

“Few artists are able to consistently generate this level of quality and effective storytelling…” – Tyler Borland, Ones To Watch

Toronto, ON – March 26, 2021 –  Atlanta’s most promising new artist, Kenny Mason, has released his latest single, Play Ball,  produced by Julian Cruz. Leveling up on a medley of clashing drums and grating guitar riffs, Kenny puts his vocal range on full display, singing about the realities of Atlanta street life before transitioning into a lyrical onslaught detailing what it takes to come up on his side of ATL.

“Knew how to spot rookies without looking / bitch i took it, no retaliation, because y’all pussies / how y’all should get got places where y’all took it / cuz I watched good ones turn to satan cuz y’all pushed ’em”

Along with the new song, Kenny has shared an accompanying Elijah Chauvin and Fabrice Mercier directed CGI visualizer. Play Ball  is the latest offering from Kenny this year following his heavy hitting alternative banger, Pup, and the airy yet melodic, Partments. All three singles will be on Kenny Mason’s highly anticipated Angelic Hoodrat: Supercut project, an extension of his 2020 debut which releases on April 16, and boasts features from Freddie Gibbs and Angel White.

Kenny Mason is coming off of a breakout year in 2020 following the release of his critically acclaimed debut project, Angelic Hoodrat. The project drew comparisons to the rise of Kendrick Lamar a la Good Kid, M.A.A.D City on tracks like PTSD, and Pretty Thoughts,  while Kenny surprised his fans by changing up his style from 2019’s massive single, Hit, by tastefully combining elements of alternative rock, grunge, and punk with his already powerful rapping abilities on tracks like Metal Wings, Handles,  Firestarter,  and Angelic Hoodrat.

The jarringly talented 25-year-old artist from Atlanta, GA is redefining popular notions of his city’s sound with his genre-bending blend of rap and alternative rock familiar to fans of bands like The Pixies, Smashing Pumpkins, Nirvana, and My Bloody Valentine. Kenny Mason’s phenomenal abilities as a lyricist, rapper, and singer have catapulted him from Atlanta’s underground DIY scene to the national spotlight, climbing a promising ladder of success in a relatively short amount of time: Performing at Rolling Loud Miami in 2019, being named one of August’s Best New Artists by Pigeons & Planes, having his song, G.O.A.T.  featured on HBO’s hit show, Euphoria, being named among COMPLEX‘s 25 Rappers to Watch in 2020,  and having his debut album, Angelic Hoodrat, listed among XXL‘s Best Hip-Hop Projects of 2020. 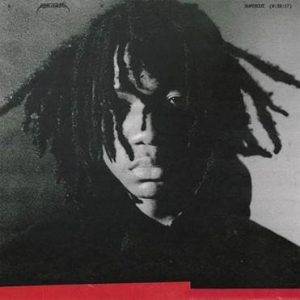 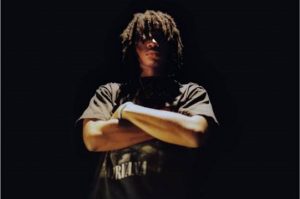