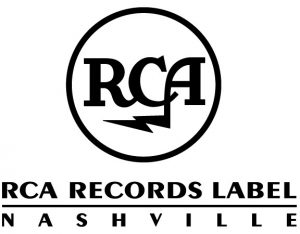 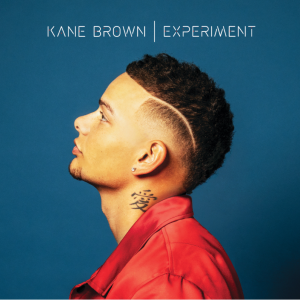 Nashville, Tennessee – November 9, 2018 – Noted by The New York Times as “one of Nashville’s most promising young stars and also one of its most flexible,” Multi-Platinum breakthrough singer/songwriter Kane Brown today released his sophomore album, Experiment. Experiment follows Brown’s historic chart-topping Platinum-selling debut album (Gold in Canada), which spent 12-weeks at No. 1 on the U.S. Billboard Top Country Albums Chart and earned the 25-year-old Georgia-native the best-selling U.S. Country debut release of the past four years. Brown’s “honeyed drawl, willingness to stretch genre boundaries and highly personal storytelling” (TIME) also garnered an American Music Award for Top Country Album and solidified Brown as the only artist in U.S. Billboard history to top all 5 Billboard Country Charts simultaneously with his multi-week No. 1, 3X-Platinum multi-week No. 1 “Heaven” and 4X-Platinum No. 1 hit “What Ifs.”

Listed as one of USA Today‘s most anticipated fall country albums, Experiment features 12 tracks, 11 of which were co-penned by Brown, including his current Gold-certified Top 5 single at country radio (currently #1 at Canadian Country Radio/single Gold consumption), “Lose It.” The 3X American Music Award Winner and Billboard Cover Star “brings a sense of strength to his storytelling, which contributes to the larger picture of country music” (Sounds Like Nashville) while keeping an “eclectic combination of sounds that speak to a broad spectrum of music lovers” (The Tennessean ).  As noted on his critically-acclaimed song “American Bad Dream,” Brown is “one of few country artists brave enough to take on social injustices of the modern world and make a statement in the form of a song,” and has “gained a maturity that makes for a strong album that lives up to its namesake” (Sounds Like Nashville) on undeniable fan-favorite tracks including “Good As You,” and “Homesick”. Billboard notes Brown, “with his new album, Experiment… is about to become inescapable, arguably changing the future of country.”

Earlier this week, Brown kicked off the launch of Experiment with appearances on “Live With Kelly and Ryan,” an iHeart Theater sneak-peak performance stream of the album, a sold-out headlining date at Madison Square Garden’s Hulu Theater and a special performance tribute to military veterans at Heinz Field with the Pittsburgh Steelers . Brown can be seen next on “The Voice” (11/13), “Jimmy Kimmel Live!” (11/14), at the CMA Awards, and on the Macy’s Thanksgiving Day Parade (11/22) with additional appearances to be announced.

To listen to and purchase Experiment, visit  HERE.
“Kane Brown is one of the hottest new artists in country music” –NY Post

“People often question if Brown is ‘country’…the moment you hear his voice and listen to his story, you realize he couldn’t be anything else” –Sounds Like Nashville

“One of Nashville’s most promising young stars and also one of its most flexible.” –The New York Times

About Kane Brown
Since the release of his self-titled album in December 2016, Brown has earned gigantic hits, Platinum and Multi-Platinum RIAA certifications, more than two-billion career audio and video streams, award wins, and sold-out concerts. Noted by The New York Times as “one of Nashville’s most promising young stars and also one of its most flexible” the North Georgia native, “distinguished himself with an unorthodox path and unvarnished lyrics” also adding that Brown’s irresistible state-of-the-art sound has the power to “ultimately bring folks together.” After topping the U.S. Billboard Top Country Albums chart with his U.S. Platinum-certified (Canadian Gold) debut Kane Brown in 2016, Brown topped the charts again with his Deluxe Edition album, which debuted Top 5 on the all-genre U.S. Billboard 200. The 25-year-old singer/songwriter made history by becoming the first artist to top all five of U.S. Billboard’s main country charts with his No. 1 Top Country Album; a No. 1 debut on U.S. Country Digital Song Sales with the Triple-Platinum multi-week U.S. No. 1 hit “Heaven” (2x platinum in Canada, peaked at #1 at Canadian Country Radio) and No. 1s on Country Airplay, Hot Country Songs, and Country Streaming Songs with the 4X-Platinum “What Ifs” featuring Lauren Alaina (2x platinum/peaked at #3 at Canadian Country Radio). In addition to making U.S. Billboard history, Brown was also named by Time Magazine as “one of 31 people changing the South.”  Brown held 2018’s longest reign on U.S. Billboard ’s Top Country Albums Chart with 12 weeks at No. 1, with Brown’s multi-week No. 1 song “Heaven” became one of only two singles in the past decade to remain Top 5 for 14 weeks or more on the U.S. Billboard Country Airplay Chart. Additionally, his U.S. Quadruple-Platinum No. 1 hit “What Ifs” recently became the third most-streamed country song of all time. Brown’s highly-anticipated follow-up sophomore album is produced by multiple-award winner Dann Huff and features several tracks co-written by Brown including his current single, “Lose It,” which was singled out by the New York Times as “urgent and saucy…broad-spectrum ecstasy” and continues to gain momentum as a Top 5-and-climbing hit on Billboard and Mediabase country airplay charts. Brown’s arena headlining tour, the LIVE FOREVER TOUR, launches early 2019. For more information, visit www.kanebrownmusic.com.