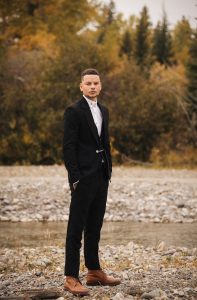 Go behind-the-scenes of “Worship You” shoot in this exclusive People gallery HERE.

Announced during an interview on “The Late Late Show with James Corden” earlier this week, Kane Brown will perform during the Dallas Cowboys’ nationally televised halftime show during the Thanksgiving Day game on FOX. The performance is in partnership with The Salvation Army’s Red Kettle campaign – which raises funds during the holidays to provide shelter and meals for the homeless and hungry, Christmas toys for children and social service programs to millions of people in need year-round. This year, the need is greater than ever with the ongoing impacts of COVID-19 threatening retail foot-traffic and donation locations of the iconic red kettles during the holidays. To help those in your community today, drop a dollar into the red kettle, text KETTLE to 91999 or visit RescueChristmas.org to make a donation online and learn more.