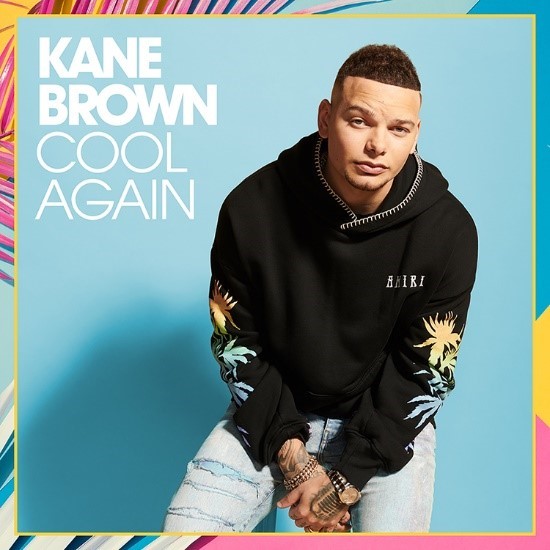 “We wrote ‘Cool Again’ at a writing retreat when it was about 20 degrees outside,” Brown said. “At the time, it was about missing warm weather, but then it became so much more. It made us think about all the amazing memories of summer. We were really wanting to go back to that. I think that’s something people can really relate to in their own lives, especially right now.”

The release of “Cool Again” builds on a landmark year for Brown who kicked off his North American “Worldwide Beautiful Tour” on Feb. 29, directly after a European stint with sold-out appearances in London, Dublin, Amsterdam, Paris, and Berlin earlier that month.  In March, Brown joined Garth Brooks and Carrie Underwood as the only artists to achieve Platinum and Multi-Platinum certifications in 2020, as his self-titled debut album was certified Canadian Platinum, 2X U.S. Platinum and critically acclaimed Experiment certified Platinum (Canadian Gold).

Earlier this month, Brown and EGOT (Emmy, Grammy, Oscar and Tony) award winner John Legend released “Last Time I Say Sorry,” their co-written track that they performed together from their respective homes on the CBS special, “ACM Presents: Our Country.”

I’ve been thinkin’ about ya lately
Reminiscin’, going crazy
Miss the way your kiss would keep me up

Hey, wish that you were here tonight
Drinkin’ vodka soda, extra limes
And we could just get back to being us

Hey, how’d we go from that to this
How’d we let a good thing slip
Do we really have to go move on

Global entertainer Kane Brown has been called “the future of country” (Billboard), “Breakthrough Artist of the Year” in 2018 (Associated Press) and one of “31 People Changing the South” (Time). With the chart-topping Billboard 200 release of his U.S. Platinum/Canadian Gold album Experiment in Nov. 2018, Brown became the only male country artist in more than 24 years to have his sophomore album debut at the top of this chart. Experiment has yielded three consecutive No. 1 Platinum-certified singles, “Homesick,” “Good As You” and “Lose It.” Brown made history with his 2X Platinum self-titled debut album, a 13-week No. 1 on the Billboard Top Country Albums chart. He became the first artist to top all five Billboard Country Charts simultaneously with his breakthrough No. 1 Top Country Album; No. 1 debuting Country Digital Song, the 5X Platinum “Heaven,” and No. 1 Country Airplay, Hot Country Song and Country Streaming Song, the 5X Platinum “What Ifs” featuring Lauren Alaina. Of all the country artists who made their long-form debut since 2016, Brown is the only one to receive two or more Platinum album certifications. The ACM, AMA, People’s Choice, Billboard, AMA, iHeartRadio, CMT and Billboard Music Awards nominated artist is one of only five country acts with multiple 5X Platinum hits (joining Luke Bryan, Florida Georgia Line, Sam Hunt and Taylor Swift). His two 5X Platinum (4X Canadian Platinum, #1 Radio hit) songs are “Heaven” and “What Ifs” (4X Canadian Platinum) which, respectively, are the No. 3 and No. 5 most-streamed country tracks of all time – making him the only artist to have two tracks in the Top 5 of country’s most-streamed songs. A recent milestone is Brown being in the company of only 10 other country artists who have sold-out the Staples Center in Los Angeles, which he accomplished on Jan. 9 when he headlined the historic venue’s 20th anniversary celebration. In Feb., he kicked off his “Worldwide Beautiful Tour” including U.S. dates in partnership with the Boys and Girls Club. Among Kane Brown’s multiple musical collaborations, Marshmello and Brown’s Platinum-certified “One Thing Right,” a Top 15 hit at Top 40 radio which also crossed to Hot AC, recently became Brown’s first multi-format breakthrough. His most recent collaboration is “Last Time I Say I’m Sorry” with John Legend; the two share vocals on the track and co-wrote the song. For more information on Kane Brown, visit KaneBrownMusic.com.