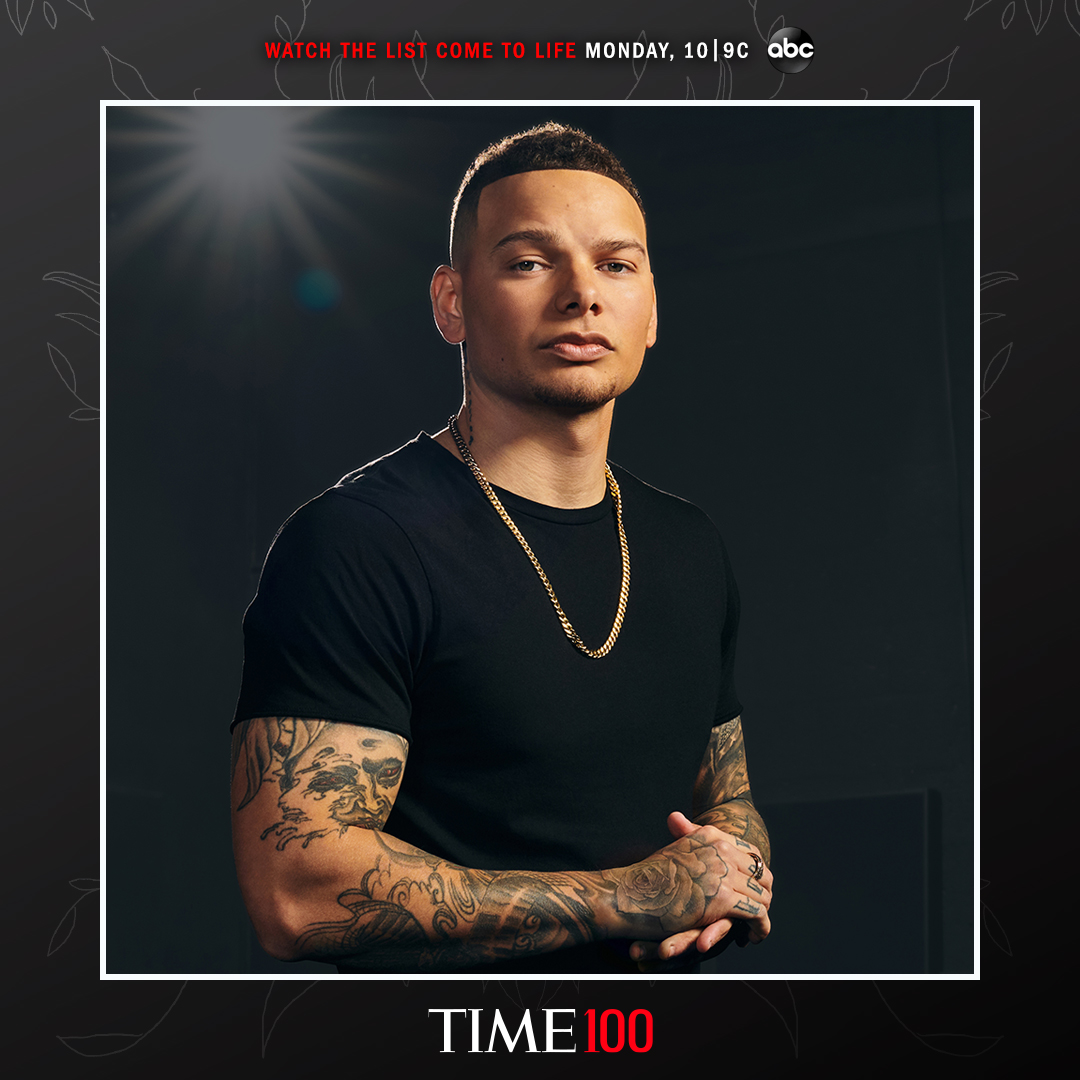 September 15, 2021, Nashville, TN— Kane Brown has been named to the 2021 TIME100, TIME’s annual list of the 100 most influential people in the world. The list, selected by editors and now in its eighteenth year, recognizes the impact, innovation and achievement of the world’s most influential individuals. People also shared the exclusive news earlier today that Brown will also perform on the upcoming broadcast Time 100 special, airing 10pm ET, September 20th on ABC. View Brown’s Time 100 profile, written by Darius Rucker, here: https://time.com/collection/100-most-influential-people-2021/6095926/kane-brown/.

Along with Brown, the 2021 Time 100 list also includes Shonda Rhimes, Dolly Parton, Simone Biles, Naomi Osaka, Tom Brady, Elon Musk, Billie Eilish, Prince Harry and Meghan, The Duke and Duchess of Sussex and more. The full list is available now at time.com/time100 and in the Oct. 4 issue of TIME, available on newsstands on Friday, September 17. Follow @TIME for updates about the list on Twitter and Instagram and at Facebook.com/TIME.

About Kane Brown
Noted as the “future of Country” (Billboard) and one of “31 People Changing the South” (Time ), the chart-topping entertainer was the first artist in Billboard history to top all 5 Country charts consecutively. Brown currently has two (#3, “Heaven” & #7, “What Ifs”) of the most streamed country singles of all time. A 5X American Music Award winner, Brown has been nominated or awarded by the CMA, ACMs, Billboard, and CMT Awards and is one of only ten other country acts to sell out the famed Los Angeles Staples Center. Brown first broke through the country scene with his independently built fan base, where his debut self-titled album debuted #1 on the Billboard Country Chart and spent more than 13 weeks at the top of the chart. Brown’s sophomore album Experiment debuted #1 on the Billboard 200 all-genre chart and solidified Brown as the only male country artist in more than 24 years to debut at the top of the Billboard 200. Experiment produced back-to-back #1 hits and was ranked by The New York Times as one of the Top 10 Best Albums of the Year. His latest project, Mixtape Vol. 1  was nominated for ACM Album of the Year and includes hits “Be Like That” featuring Khalid and Swae Lee, his duet “Last Time I Say Sorry” with John Legend, ACM award winning song, “Worldwide Beautiful.” Brown is currently set to launch his Blessed & Free Arena Tour October 1st, where he will become the first Country artist to bring a headlining tour to all 29 NBA Arenas. The 35-city trek across North America includes stops at New York City’s Madison Square Garden, Brooklyn’s Barclays Center and Los Angeles’ STAPLES Center. For a full list of tour dates and tickets, visit kanebrownmusic.com.