KANE BROWN WILL HEADLINE THE DALLAS COWBOYS VS. WASHINGTON HALFTIME SHOW ON THANKSGIVING DAY ON FOX 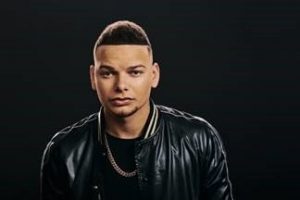 NASHVILLE, Tenn. (Nov. 23, 2020) – On the heels of winning his 5th American Music Award last night for Favorite Male Artist – Country, global entertainer Kane Brown is set to perform his #7 and climbing U.S.Top 40 hit “Be Like That” (#1 Canadian Top 40) along with Swae Lee and Khalid this evening on “The Late Show with Stephen Colbert.”

Additionally, Brown will perform on Thanksgiving Day (11/26) during the Dallas Cowboys vs. Washington halftime show, airing on FOX from AT&T Stadium. The performance is a Cowboys tradition, sounding the call for Americans to donate to The Salvation Army’s Red Kettle Campaign. The funds raised through the iconic Red Kettles are at risk this year due to COVID-19 and requests for help are at an all-time high, making this year’s Red Kettle Kickoff more important than ever in providing shelter and meals for the homeless and hungry, Christmas toys for children and social service programs to millions of people in need year-round.

Brown shared more about his upcoming performance and the campaign during a recent interview with “The Kelly Clarkson Show,” view HERE.

Cited as “the future of country” (Billboard) and one of “31 People Changing the South” (Time), “Breakthrough Artist of the Year” Kane Brown continues to break records and defy boundaries.  Brown kicked off 2020 by headlining the 20-year anniversary celebration show at Staples Center in Los Angeles, becoming only the 11th country artist to sell-out a show in the world-renowned venue’s history. Brown first entered the scene with his self-titled 2X platinum debut album, which spent 13 weeks at No. 1, and made Brown the first artist to top all five of Billboard’s main country charts simultaneously, ever. His 6X Platinum hits “Heaven” and “What Ifs” are respectively the third- and sixth-most-streamed country songs of all time (U.S. Nielsen Country On-Demand Streams chart) and he is one of only three artists, including Taylor Swift and Luke Bryan, with multiple six-time (or more) platinum country songs certified by the RIAA. Brown’s follow up album, Experiment, debuted #1 on the Billboard 200 all genre chart.

Most recently, the five-time AMA winner achieved the best country EP debut of 2020 with Mixtape Vol. 1. The EP includes the critically-acclaimed single, “Worldwide Beautiful,” as well as his current #1 Canadian Top 40 single “Be Like That” featuring Swae Lee and Khalid and “Worship You. Listen HERE.