The AMA and People’s Choice Nominated Breakthrough Artist To Bring The Worldwide Beautiful Tour to Dublin, London, Amsterdam, Paris, Berlin and the U.S. and Canada 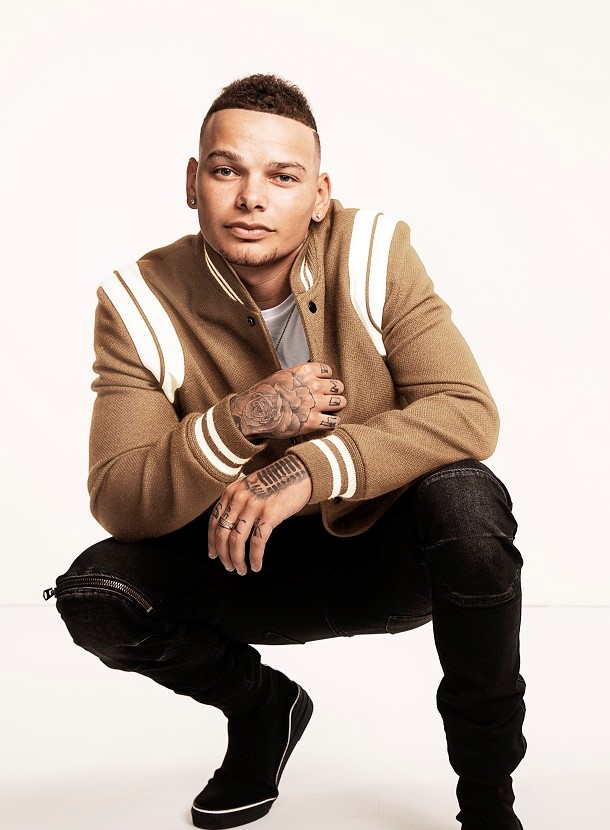 “Breakthrough entertainer” (Associated Press) Kane Brown continues to “defy-genres” and “break boundaries” (Billboard) in country music. The leading vocalist’s latest collaboration, the “brutally catchy” (Rolling Stone) “One Thing Right” with internationally renowned DJ/producer Marshmello has already amassed nearly 400 million times worldwide, and can be streamed HERE. In addition to Brown’s vocal highlighted on the track, which “shines with his deep twang that is both warm and dangerous” ( Rolling Stone), he also co-wrote “One Thing Right.”

Noted as being the “future of Country” (Billboard) and one of “31 People Changing the South” (Time), Brown released his sophomore Experiment in November 2018, debuting No. 1 on both the U.S. Billboard 200 and Billboard Top Country Albums chart. With Experiment, Brown became the only male country artist in more than 24 years to debut at the top of the U.S. Billboard 200, and only one of three country artists to top the Billboard 200 chart in all of 2018. To date, Experiment has produced back-to-back No. 1 hits – the Platinum-certified singles “Lose It” and “Good As You” – and was ranked by The New York Times  as one of the Top 10 Best Albums of the Year. An ACM, AMA, Billboard Music Awards and CMT Music Awards nominee, Brown first broke through the country charts with his debut self-titled album, which debuted No. on the Billboard Top Country Album chart and spent 13 weeks at the top of the chart. Brown is the first artist in Billboard history to Top all 5 Billboard Country charts simultaneously, and, with the 4X Platinum certifications of “Heaven” and “What Ifs,” (3x Platinum in Canada) he is one of only five country acts with multiple U.S. 4X Platinum hits (joining Luke Bryan, Florida Georgia Line, Sam Hunt and Taylor Swift.)

With “crowd-pleasing original tunes and the voice to make them memorable” (The Roanoke Times), Brown is “not your typical every day act,” and has earned praise as “the boundary-defying future of country music,” (Atlanta Journal Constitution) and “one of the genre’s biggest and most unique artists” (The Commercial Appeal). The arena headliner who puts on “an extraordinarily ebullient concert” (Kansas City Star ) continues to earn praise and break concert records with his sold-out live performances, including a recent record at the Houston Livestock Show and Rodeo for most fans in attendance for a country act and with his forthcoming headlining Staples Center show, which sold out in less than two hours.

Live Nation is the official tour promoter and Citi is the official pre-sale credit card of the Worldwide Beautiful Tour. Citi cardmembers will have access to purchase pre-sale tickets through Citi Entertainment. For complete pre-sale details visit www.citientertainment.com.  For official tour information, including ticket information please visit kanebrownmusic.com.  Following the success of Brown’s sold-out Live Forever Tour, Marathon Petroleum will continue to fuel Kane Brown on the road in 2020.

ABOUT KANE BROWN:
With his No. 1 Billboard 200 release, Experiment, Kane Brown became the only male country artist in more than 24 years to debut at the top of the Billboard 200, and only one of three country artists to top the Billboard 200 chart all year (2018). An “artist to pay attention to”  and “the future of country” (Billboard), Brown was named a Breakthrough Artist of the Year by the Associated Press and one of “31 People Changing the South” (Time). The AMA, ACM and People’s Choice Award winning and nominated artist is one of only five country acts with multiple 4X Platinum hits (joining Luke Bryan, Florida Georgia Line, Sam Hunt and Taylor Swift). Brown first topped the Billboard Top Country Albums chart with the release of his self-titled debut album (2016) and again with the release of Kane Brown Deluxe Edition (2017), which debuted at No. 1 on the Billboard Top Country Albums and Top 5 on Billboard 200. With his debut album, Brown made history by becoming the first artist to top all five Billboard Country Charts with his breakthrough No. 1 Top Country Album; No. 1 debuting Country Digital Song, the 4X Platinum “Heaven,” and No. 1 Country Airplay, Hot Country Song and Country Streaming Song, the 4X Platinum “What Ifs” featuring Lauren Alaina. Brown recently earned his fourth consecutive No. 1 single at country radio with “Good As You” off his album Experiment. Brown’s current single, “Homesick,” continues to rise on country radio simultaneously with his first Top 20 Pop single, “One Thing Right” with world  renowned DJ, Marshmello. For more on Kane Brown, visit KaneBrownMusic.com.

ABOUT RUSSELL DICKERSON:
The Nashville-based multi-platinum recording artist, Russell Dickerson, touts an impressive three back-to-back no. 1 singles: the Double Platinum debut hit, “Yours,” dubbed the “biggest love song of the year,” followed by Platinum sophomore single, “Blue Tacoma” (featured in the hit “X-Men” franchise film “Logan”), and America’s 2019 Summer anthem “Every Little Thing,” Dickerson’s latest single to sit atop country charts. Dickerson’s debut album charted at no. 5 on the Billboard Top Country Albums chart, arriving at no. 1 on Billboard’s Emerging Artists chart and garnered his ACM nominations for “Song of the Year,” “New Male Vocalist of the Year,” and CMT nomination for “Breakthrough Video of the Year.” He was also nominated for an iHeart Radio Music Award for “Best New County Artist.” With a profound dedication to breeding authentic human connection, People Magazine’s “One to Watch” and festival fan favorite spends as much time on the road with the fans who made “Yours” the undisputed wedding song of 2018. Hot off Thomas Rhett’s Very Hot Summer Tour, Dickerson will join Kane Brown on the Worldwide Beautiful Tour this Spring 2020, which follows his national co-headlining tour with Carly Pearce earlier this year. Russell is the launch artist on Triple Tigers Records, a joint venture with Sony Music.

ABOUT CHRIS LANE:
Chris Lane’s star continues to rise with GOLD and PLATINUM level single certifications, two #1 hits (breakout smash “Fix” and recent chart-topper “I Don’t Know About You”), two Top 10 albums, and more than 1 BILLION combined streams. “I Don’t Know About You” followed the success of his hit collaboration “Take Back Home Girl” featuring Tori Kelly. Both songs are from Lane’s Big Loud Records sophomore album – LAPS AROUND THE SUN – that made a chart-topping debut, landing at #1 on the iTunes Top Country Albums chart and inside the Top 10 of Billboard’s Top Country Albums chart for the second time in his career. Gaining recognition, Lane was named one of MusicRow Magazine ’s 2017 Next Big Thing Artists, has scored nominations at the iHeartRadio Music Awards, ACM Awards and Radio Disney Music Awards and appeared on TODAY, The Bachelor, The Tonight Show Starring Jimmy Fallon, Late Night With Seth Meyers and CONAN. Previously landing coveted opening slots on tours with Florida Georgia Line, Brad Paisley, Garth Brooks, Tim McGraw + Faith Hill, Rascal Flatts and Dan + Shay, the Kernersville, NC-native is currently on the road for his headline BIG, BIG PLANS TOUR, hitting major cities coast-to-coast. Recently married to Lauren Bushnell, Lane popped the question with “Big, Big Plans” – his brand-new single making its mark on Country radio