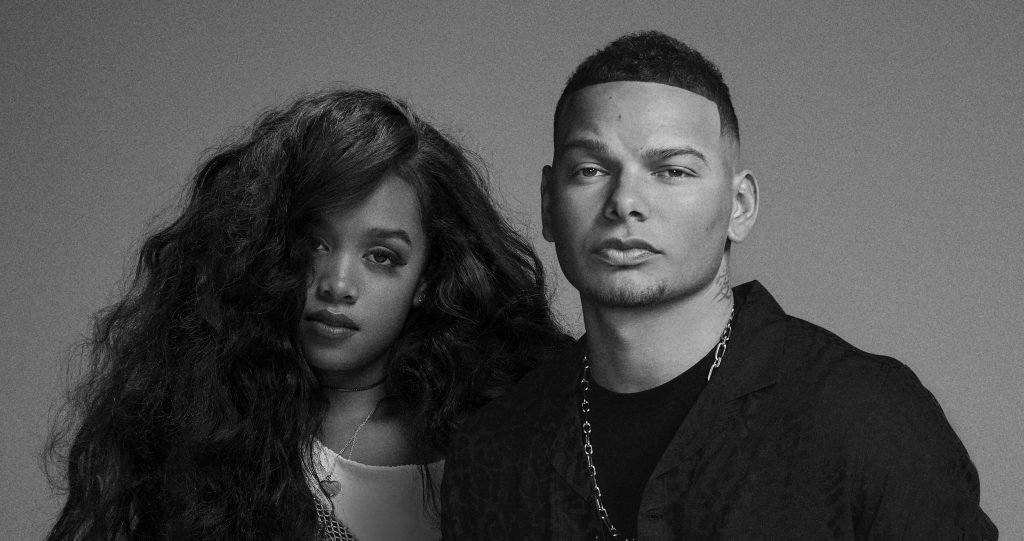 About Kane Brown
Global entertainer Kane Brown, recognized by the New York Times as “one of Nashville’s most promising young stars and most flexible” and one of the TIME100 most influential people of 2021, released his two-time Platinum self-titled debut album in December 2016. A year later, Brown made history as the first artist ever to lead all five of Billboard’s main country charts simultaneously which was attributed to his 13-week-No. 1 Kane Brown Deluxe Version album and the six-time Platinum No. 1 hits “Heaven” and “What Ifs” featuring Lauren Alaina, respectively, the third and seventh most-streamed country songs of all time. Additionally, his Platinum-certified sophomore album Experiment yielded the two-time Platinum “Lose It,” “Good As You” and “Homesick” which became back-to-back airplay chart-toppers.

Brown’s newest country single, “One Mississippi,” dropped on the heels of “Famous Friends,” his collaboration with RCA Nashville label mate Chris Young, which peaked at No. 1 on Billboard and Mediabase/Country Aircheck charts and recently received three 2021 CMA Awards nominations for “Single,” “Musical Event” and “Music Video of the Year.”. In June, Brown and Young won a 2021 CMT Music Award “Collaborative Video of the Year” for “Famous Friends.” Kane Brown, who won the most awards of any artist at the CMT Music Awards (“Collaborative” and “Male Video of the Year” for “Worship You”), co-hosted the 2021 awards show with Kelsea Ballerini in June.

In April, Kane won a 2021 ACM Award for “Video of the Year” for “Worldwide Beautiful,” the first time a Black solo artist has won this trophy. He was also nominated for “Album of the Year” for his Mixtape Vol. 1 EP – the first time a Black artist has received a nomination in this ACM Award category. Mixtape Vol. 1 achieved the best country EP debut of 2020 and highest first-week on-demand stream total since Sam Hunt’s SOUTHSIDE album debut. Brown’s  EP includes the Platinum country hit “Cool Again,” the Platinum “Be Like That,” with Swae Lee and Khalid which peaked at No. 7 on Top 40 charts, and the powerful “Worldwide Beautiful” which was originally released on June 4, two days after the music industry’s sector-wide Blackout Tuesday.

Earlier this summer, Kane released “Memory,” his first collaboration with blackbear as artists and songwriters. “Memory” impacted Top 40 radio on July 12 via RCA Nashville in partnership with RCA Records. Other collaborations in Brown’s career, include his two-time Platinum hit “One Thing Right” with DJ Marshmello which became a Top 15 hit at Top 40 radio and crossing over to the Hot AC format. Additional vocal pairings have included Camila Cabello (“Never Be The Same” remix),  Khalid (“Saturday Nights” remix) and Brooks & Dunn (“Believe” from the super duo’s new Reboot album), among others.

About H.E.R.
Three letters that need no explanation. Over the course of five years, singer/songwriter/multi-instrumentalist H.E.R. has had an incredible journey, punctuated with inspiring projects and accolades that have quickly ascended her to superstar status.

H.E.R. kicked off 2021 in the most stellar of ways by winning two Grammy Awards – Song of the Year for “I Can’t Breathe” and Best R&B Song for her contribution to Robert Glasper’s “Better Than I Imagined,” plus an Academy Award for her powerful song “Fight For You” from the Warner Bros. Pictures’ film Judas and the Black Messiah.  In 2019, she won two Grammy Awards for Best R&B Album (H.E.R. ) and Best R&B Performance (“Best Part” featuring Daniel Caesar) and a NAACP Image Award for Outstanding Female Artist, among additional awards and honors.
To date, H.E.R. has accrued nearly 8 billion combined audio and video streams worldwide – and counting – of the breakthrough projects H.E.R. (RIAA-certified Platinum), I Used To Know Her, and her recently released full-length album, Back of My Mind, which debuted at No. 1 on Billboard’s Top R&B Albums chart and is now RIAA-certified Gold.