CHAIRMAN FRED HAMPTON JR., AND MORE TO APPEAR ON

JUDAS AND THE BLACK MESSIAH: THE INSPIRED ALBUM, 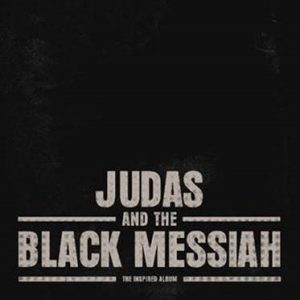 Click here to watch the latest trailer for the Warner Bros. Pictures’ film Judas and the Black Messiah featuring “What It Feels Like” by Nipsey Hussle & Jay-Z.

Anticipation for the album heightened with last week’s release of the Golden Globe Awards, and now Critics Choice Awards nominated song, “Fight For You,” by two-time Grammy Award winner H.E.R.  The soulful track continues to receive praise from fans and critics alike, including The New York Times who states the song “strikes an appropriate balance between period-pic scene-setting and up-to-date cool, as lyrics like ‘all the smoke in the air, feel the hate when they stare’ draw unfortunate parallels between past and present.”

Judas and the Black Messiah: The Inspired Album is executive produced by Hit-Boy, Dash Sherrod, Ryan Coogler and Archie Davis.

Judas and the Black Messiah: The Inspired Album track list: 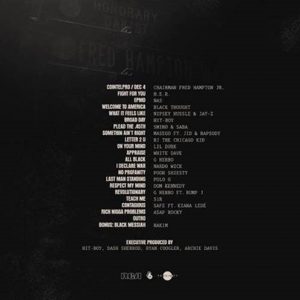